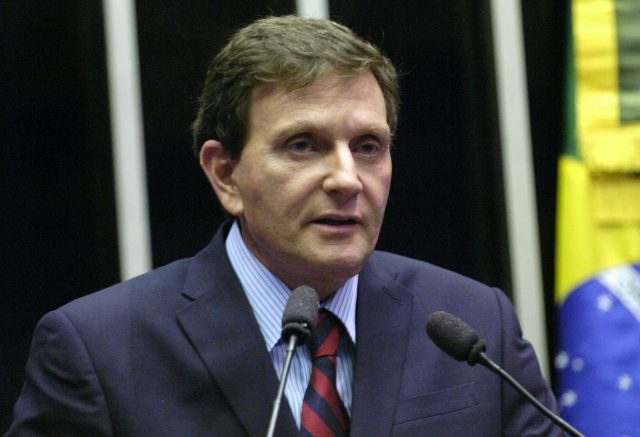 A hardline anti-gay evangelical bishop has been elected as the Mayor of Rio de Janeiro.

Marcelo Crivella is a bishop of Brazil’s Universal Church of the Kingdom of God, and has also enjoyed success as a right-wing politician.

The bishop took 59.37% of the vote this week as the 2016 Olympic host city elected its new Mayor – a landslide victory over left-wing candidate Marcelo Freixo, who scraped just 40.6% in the run-off.

The Times reports that Crivella has a long record of anti-LGBT views, describing homosexuals as “victims of a terrible evil”.

He has vocally opposed same-sex unions and LGBT rights reforms.

The election marks a major shift to the right in the city, amid a wider national corruption scandal and economic recession. Left-wing former President Dilma Rousseff was removed from power earlier this year after lawmakers found her guilty of breaking budgetary laws.

Known for its liberal party atmosphere, Rio has a thriving LGBT community and one of the largest Pride events in South America.

At the Olympics in the city earlier this year, Brazilian gold medal winner Rafaela Silva broke down barriers by publicly coming out as gay.

In an interview, Silva thanked her girlfriend for supporting her during training.

She said: “She was there every day and knew how I was feeling, when I was sick when I wasn’t. Everything I needed, she was there to do it, so she is also very important in this victory.”