Home Gay Life Can this gay couple be reunited? #BringMarcoBack

Marco Villada Garibay, 34, came to the United States from Mexico with his family at the age of 6. Here he received an education, worked, and paid taxes all while being undocumented. When he was 17 years old, Villada returned briefly to Mexico for his grandfather’s funeral and was able to return unquestioned using school identification. As an adult, Villada met Israel Serrato and the two formed a relationship.

According to the Washington Post, Villada received protection from deportation under the Deferred Action for Childhood Arrivals, DACA, in 2013 which gave great relief to the couple since this would afford Villada some great opportunities such as working and driving without fear of being deported.

Months after the landmark Obergefell v. Hodges case decision, Villada and Serrato decided to marry as the next step in their relationship and in hope of securing permanent legal status for Villada in the States. Via this decision, U.S. citizens can sponsor their spouse for a green card, which requires the spouse to return to their birth country and complete an application with the U.S. Consulate. It was a huge risk for the couple because in many cases individuals who have been in the U.S. for more than six months without documentation can no longer return. However, Villada was granted a provisional unlawful presence waiver which described that he had met all qualifications and he was free to return to Mexico to further his immigration case so they proceeded with no reservation. 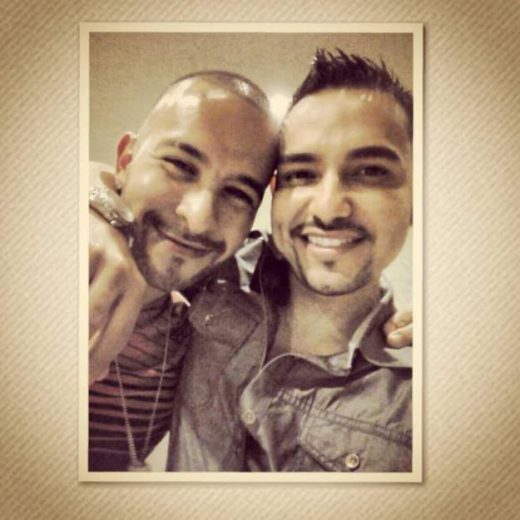 When the time came in January 2018, the couple attended their immigration interview in Ciudad Juarez, but something wasn’t right during the interview.

The consular official interviewing Villada kept leaving the room and returning. At the end, she gave him a blue paper saying his application for a visa was denied — and that he could not return to the United States for at least a decade, if at all.

According to U.S. Consulate, the trip Villada took to Mexico at the age of 17 to mourn his grandfather’s death disqualified him from the process. Here is where the couple knew that their journey toward being together had hit a major roadblock that could possibly represent them never being able to be together.

Marco Villada is a #Dreamer who was recently barred from re-entering the U.S. Marco played by all the rules but was still harmed by the @WhiteHouse’s unwillingness to #ProtectDreamers. Sign our petition to #BringMarcoBack home to his husband → https://t.co/Yh4RMuqmIS pic.twitter.com/AUcsOdHwwx

Their lawyer, Stacy Tolchin, shared that they have seen many similar scenarios lately where an immigrant spouse with a provisional waiver was not allowed to return to the States due to specific reasoning that was not addressed beforehand.

Now, Villada is staying with distant relatives in Mexico and Serrato has had to downsize his living situation without the financial support of his husband.

The National Immigration Law Center has an active petition urging the current administration to bring Marco Villada back to the States.