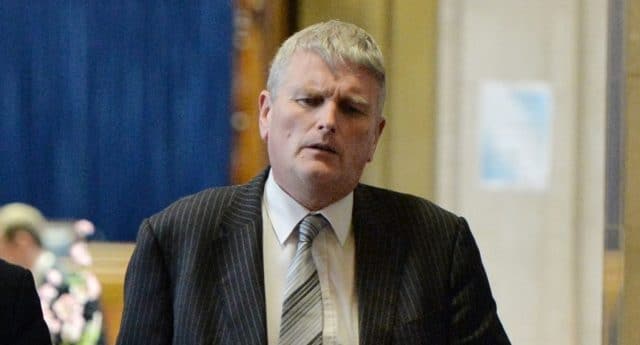 An Irish Christian mother has written an emotional letter to the DUP’s Jim Wells about her two gay sons.

The letter was written to the adamant homophobe by Elaine Somers.

She thanks her mother for advice which she cherishes and says Jesus taught her that her gay sons are precious.
Writing to the Health Minister, Somers refers to the fact that Wells cut ties to the National Trust over an installation including rainbow badges. 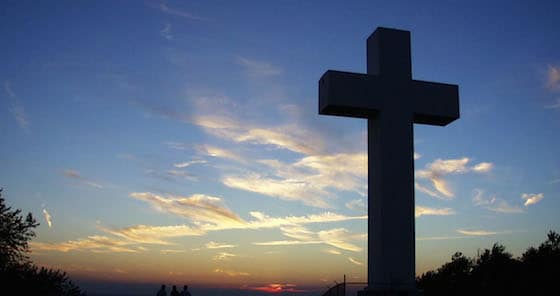 Somers also says that Wells can’t say he has true Christian love because of his homophobia.

But she ends hopeful that he will change his ways.

She writes: “You have chosen to speak out against homosexuality, most recently condemning the National Trust for its stance on Gay Pride marches.

“Sadly, it appears you are very ignorant about the ’causes’ of being gay, making it sound as though it is the lifestyle of choice.

“Let me tell you my experience, for I have two gay sons, each one unique in his own way.”

Somers adds: “When my elder son was growing up, he was a very normal little boy, gentler than his older brother and more aesthetic perhaps, but able to hold his own and popular in the schools he attended.

“He brought girls from school home with him and during his university life he had many friends of both sexes.

“It was therefore, quite a surprise when at 22, he quietly informed me he was gay.

“It was obviously something he had wrestled with for some time, not wanting to bring shame to his family and wanting to be sure of his own sexuality.

“Oh the emotions I went through at that time, feelings of disappointment, confusion and wondering had I done something wrong.”

She goes on to say that in 1992 she was “as ignorant as you are now” and that she was “embarassed” by her son.

But she added that her mother, her son’s grandmother, had reminded her that “God had made him”.

“I had never stopped loving my boy, but I had allowed myself to think how unfair it was, how I would have preferred him to marry some nice girl and provide me with grandchildren as good looking as he was. How shallow and shameful that was.”

Going on she says her stepson Thomas later came out as gay, her younger son.

“My mother’s words resonated, ‘God made him, he is God’s son.’

“So the years have passed and I make no secret of the fact that I have gay sons.

“I’m proud of both of them and proud of their differences. The older boy has more problems being gay than I could ever have imagined.

“At 47, he remains single with no significant other in his life. He would have preferred to be like my eldest son, with choices he feels he doesn’t have. I’m immensely proud of who and what he is.

“He is handsome, intelligent, popular, loving and kind and he is mine.

“I cannot imagine my life without him in it.

“My younger son has embraced being gay; is more extrovert, outward and optimistic.

“He lives in Australia where being gay is more acceptable than this backward country where people like you, Mr Wells, can make judgements of him.”

Continuing, she says: “Over the years, through my sons, I have met many gay men and women. I have enjoyed meeting every single one of them and they have added to my life.

“I have listened to their struggles and felt humbled by some of their experiences.

“So Mr Wells, two of my four sons are gay and I remain their proud and loving mother.

“They see their lives through different perspectives, but the thing is they did not choose to be gay, it’s simply the way they are.

“I will not apologise for them to you or anyone else. I, too, could take verses from the old Testament regarding homosexuality, but the Jesus I know and my mother knew, teaches me that they are precious in his sight and you cannot take that from me.

“I’m sorry for you, for your soul and for the children you have. You do not know the true meaning of Christian love. I hope someday you will.”

The National Trust yesterday hit back after Wells publicly resigned his membership over the organisation’s support for LGBTQ representation.

It was first claimed that the Trust had “outed” Wyndham Ketton-Cremer, a Justice of the Peace and the former squire of National Trust property Felbrigg Hall.

This was despite Ketton-Cremer’s sexuality being a matter of record and known to his friends and family during his lifetime.
While not “openly” gay by today’s standards, this must be read in the historical context – homosexuality was partially decriminalised only two years before Ketton-Cremer’s death.

The Trust asked its volunteers in public-facing roles at Felbrigg Hall to wear provided rainbow badges or lanyards to celebrate its Prejudice and Pride campaign, offering non-public-facing positions to those who refused – a stance it defended despite criticism.

It however reversed this position over the weekend, saying that the lanyards were now an “optional and personal decision”.

Mr Wells, who retained his seat in this year’s Northern Ireland elections, has a long history of anti-gay statements and actions.
He has called LGBTQ Pride parades “repugnant” and as health minister ignored scientific advice to retain the lifetime ban gay men donating blood.

Mr Wells was forced to resign as Health Minister in 2015 after controversially claiming that children who are raised by same-sex parents are “more likely” to be abused.