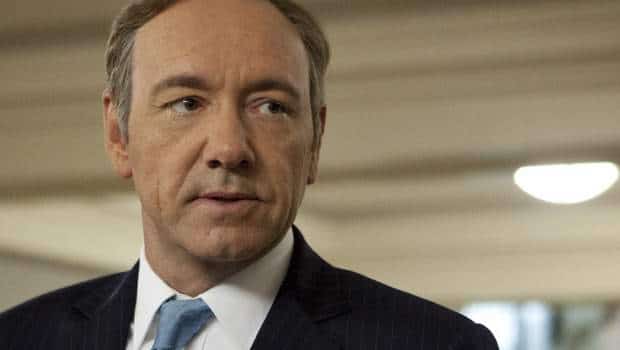 Conservatives who are anti-LGBT (they mostly are), will do anything they can to shine their pathetic and ignorant light on their misinformed thoughts of LGBT people the second they get even a nibble of information. Kevin Spacey is now their poster child for this, and some are starting to paint all gay men as perverts as a result of the alleged stories against the House of Cards actor.

World Net Daily, which is a super conservative publication, had one of its writers (Scott Lively) pen a story about how Kevin Spacey’s story is just the tip of the iceberg for that myth of “all gay men are pedophiles”.

“Speaking as the only person ever charged for ‘crimes against humanity’ (not a joke) in significant part for discussing the pedophile core of ‘gay’ male culture – and one of the first people ever listed as a ‘hate group’ by the Southern Poverty Law Center (for documenting that culture at the core of Adolf Hitler’s Nazi Party) – I’d just like to say, in advance, ‘I told you so.”

As many know by now, this was all brought up originally due to Rent actor Anthony Rapp speaking with Buzzfeed about how Kevin allegedly made “unwanted sexual advances” against him when he was only 14 years old. It has once again given conservatives like Scott the ammunition to claim that gay men preying upon teenage boys is an “all-too-common aspect of homosexual orientation.”

“To be clear, I’m not saying all or even most men who identify as ‘gay’ molest children,” Lively wrote. “Even the word ‘children’ is misleading in this context, since ‘children’ connotes preschool and grammar school ages, while the target of pederasts are young teen and slightly pre-teen boys. And I’m not saying lesbians share this problem to the same extent that it exists in male homosexual culture (though lesbian abuse of girls is a problem, too).”

He then goes on to make a list of gay men who he believes had a link to pederasty, going all the way back to Adolf Hitler’s second in command, Ernest Roehm.

He further claims that the Stonewall Riots had nothing to do with LGBTQ rights, but had to do with an arrest “a 14-year-old boy transvestite prostitute” whose clientele were older gay men.

“The Stonewall Riots that are commemorated each year as “Gay Pride Day” were triggered by “gay” male patrons of the Stonewall Bar in New York City, angered at police efforts to arrest a 14-year-old boy transvestite prostitute,” he claims.

He goes on and on about his claims, while concluding that Hollywood liberals will simply sweep the Spacey scandal under the rug.

“If Kevin Spacey can escape any real consequences for his assault of Anthony Rapp by turning his apology into a “coming-out” celebration (the most “sacred” of LGBT ceremonies), then there may never be a day of public reckoning for the many chickenhawks of Hollywood–whose scope of control and abuse would make Harvey Weinstein and James Toback seem like altar boys by comparison,” he concluded.

I’m sure Scott Lively won’t be the last conservative to write something similar to these outrageous thoughts and claims.