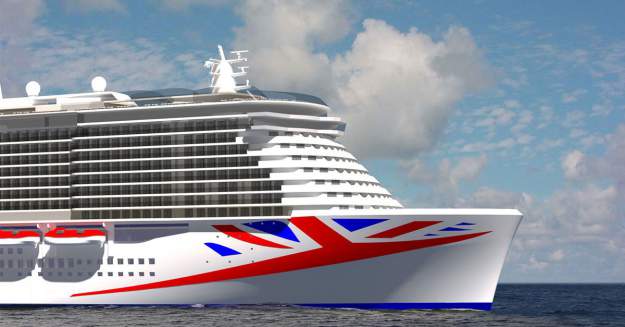 If you’ve planned that big ol’ gay destination wedding or have been invited to attend nuptials on a cruise ship, you had better check your plans.

Marriage ceremonies onboard P&O cruise ships are no longer legal. The company had announced earlier this year that it had begun taking bookings for legal same-sex weddings at sea, with the plan to have ceremonies start begin offered in January 2018.

But it’s a cruise ship and at sea. What kind of political change would cause a cruise line to swing a 180? P & O’s fleet is primarily registered in Bermuda, so the on-ship marriages would have taken place under Bermudan law.

However, Bermuda Abolished Gay Marriage (After 6 Months Of Legalizing It). With that change, P&O will need to move forward with canceling the weddings that have been previously booked. If same-sex couples want to continue with the planned ceremonies, they will be offered a legally-unrecognized commitment ceremony.

A statement from P & O’s included –

“Although we are awaiting further information from Bermuda, it is unfortunately likely to be the case that Bermudian law will not permit a same sex wedding ceremony on board our ships after January 2018. We are very unhappy about this decision and we do not underestimate the disappointment this will cause those guests who have planned their weddings. We would still love to welcome them on board though as planned. Whilst we are unable to hold the legal ceremony we can still offer a Commitment Ceremony to celebrate their partnership or a renewal of vows ceremony, both of which will be officiated by the captain or a senior officer.”

Both the House and Senate in the Bermudan Parliament passed the bill that bans couples from marrying once again.. The law banning same-sex marriage is still waiting to be given formal assent by Bermuda’s Governor.

Should the company look to change which flag they fly under? I am sure another nation would not mind giving them a piece of cloth and better laws to be under.

Keep yourself updated on all your travel plans. Things change and it isn’t always for the best.