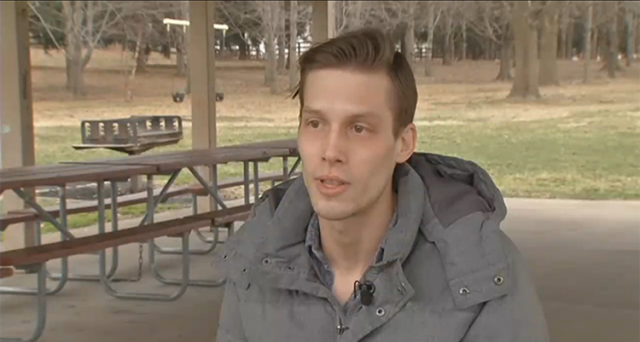 Gay waiter Kyle Griffiths was shocked when a customer left a homophobic message on a receipt.

Instead of leaving Griffith a tip, the customer left a message on the receipt reading: “Sorry, I don’t tip f*ggots.”

Beneath the message was the hashtag, “#UNeedJesus”.

Speaking to WDRB, Griffith revealed that he was shocked by the message because everything had gone smoothly before that.

“It just crushed me that someone could say something like that,” Griffith said.

After the incident, Griffith took to Facebook to share a photo of the receipt and message, excluding the customer’s name. “I woke up the next day and saw that it was being shared a whole lot more than I ever thought it would.”

“I want to be able to tell everyone that this is not a lie, that this is truth, this is an everyday happening,” he said. “It’s an occurrence that can’t happen any longer. It’s got to stop. The hate has to stop. There’s no reason for it.”

Buffalo Wild Wings has released a statement on the incident, supporting Griffith by saying that they “feel strongly that our restaurant environment needs to be respectful in order to provide the experience that our guests and team members expect and deserve.”

Sadly, the post has now been hidden after it was reported to Facebook as “offensive” however, the women who wrote the message on the receipt commented on the post, apologising.