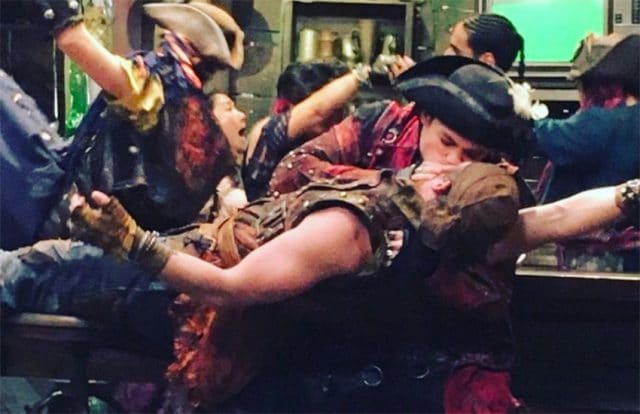 And fans are not happy

Disney has cut a gay kiss from Descendants 2.

The film, which features the children of classic Disney villains, is under major fire from fans for cutting a very important scene.

Harry Hook, the son of Captain Hook, and Gil, the son of Gaston from Beauty and the Beast, kissed in the original cut.

While straight couples got together in the sequel, like Dove Cameron’s Mal and Mitchel Hope’s Ben, it turns out Disney might not have been too happy with the same-sex love scene.

The sequel is based on the book, in which Harry and Gil kissed.

Thomas Doherty and Dylan Playfair, who play Harry and Gil, shared on Instagram a still of the deleted scene.

It shows Harry leaning Gil back, and kissing him deeply.
Thomas wrote: ‘A truly inspiringly beautiful human being.’

And Dylan said: ‘An accurate representation of my year to date…#descendants2 #love #magic’.

Fans expressed their outrage in the comments of Thomas and Dylan’s Instagram posts. 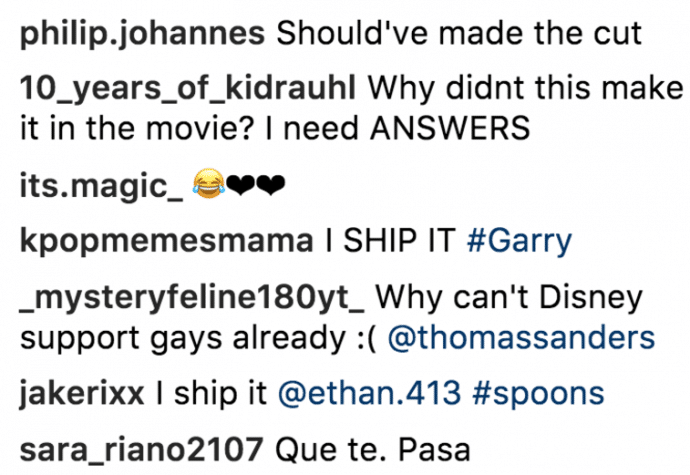 ‘Why didn’t this make it in the movie?’ one said. ‘I need ANSWERS.’

‘Why can’t Disney support gays already?’ anther said.
APPARENTLY HARRY ACTUALLY KISSES GIL BUT IT DIDNT MAKE THE FINAL CUT. I WOULD HAVE LOVED TO SEE ADULTS LOOSE IT OVER A GAY KISS IN A DCOM

Disney has been called on to do more to represent LGBTI people.

At Comic Con they said Once Upon A Time will include a ‘prominent’ story featuring a same-sex couple. They also refused to back down when Malaysia wished to censor Beauty and the Beast’s ‘gay moment’.