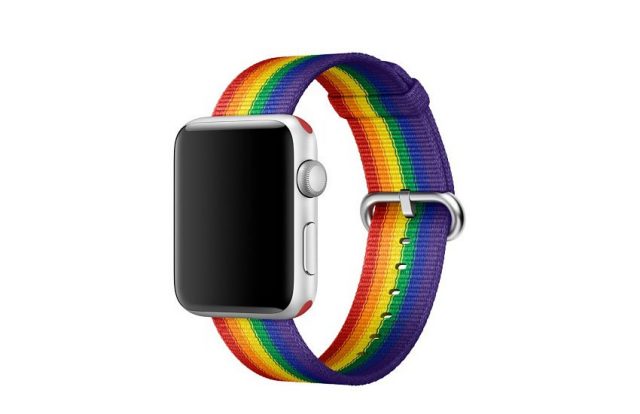 Who cares about new iPads?

You are finally able to buy the famous Pride-themed Apple Watch band.

Last year, the Californian tech giant gave the limited-edition bands to all employees marching in the San Francisco Pride parade.

While the LGBTI community’s Apple fans were gagging for them, there was no way to actually get one.

At least not without paying outrageous prices on eBay.

Other suppliers stepped up, like watch accessory makers Clockwork Synergy, tapped into the trend and released rainbow bands looking very close like the Apple version.

Last night Apple held its summer keynote, where they introduced a whole load of new things, from iMacs to iPads.

But between all the gadgets they also announced a number of summer-colored Apple Watch bands.

And those in attendance, like the Wall Street Journal’s Geoffrey Fowler, seemed very excited to get their hand on one.

The woven nylon bands are available in both 38mm and 42mm width and come in Apple’s standard one-size-fits-all.

So far the bands seem to only be available directly through Apple and not trough other retailers, according to 9to5 Mac.