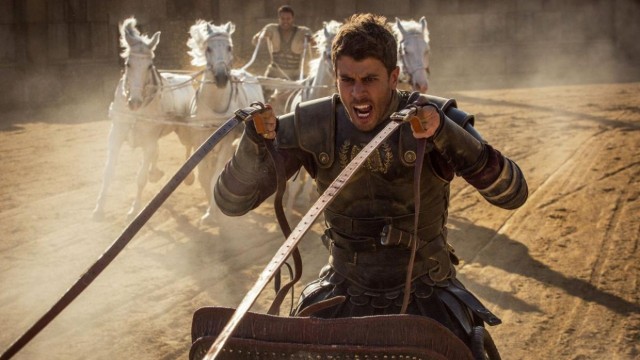 Fans of Ben Hur remake of epic novel from 1925 have made some homoerotic scenarios between the main character and his pal played by Toby Kebell.

But the actor doesn’t mind. However, Charlton Heston, who portrayed the original, has been denying this kind of subplot, but screenwriter Gore Vidal revealed that the two were supposed to be exes.

Kebbell talked to the Independent: “In the 1925 version, and the play before that, there was never that element,” he said. “I think that was a thing about brotherly love.

“Brotherly love, with someone who is not your family member, who cares for you, is like any love. So, whether love between two men that becomes sexual or love between you and someone who becomes your family, it’s a very deep love. That’s really what was so important to have and put forward.

“In 1959, the word homosexual had some terrifying connotations to the globe in general. After all, it wasn’t long since it was illegal in England. It was a different place in time. It doesn’t have the same fear factor now, but you do a performance and people will interpret it to what it reflects in their own life.”

Kebell thinks that everyone is free the relationship between the two characters as they feel.

“We don’t make out, so there’s no overtly gay relationship. But if a man is gay and goes ‘That’s the kind of love I want to have’, well, who are we to say different,” he said.