Home Gay Life Find out which country is the most LGBTQ-friendly – and which is... 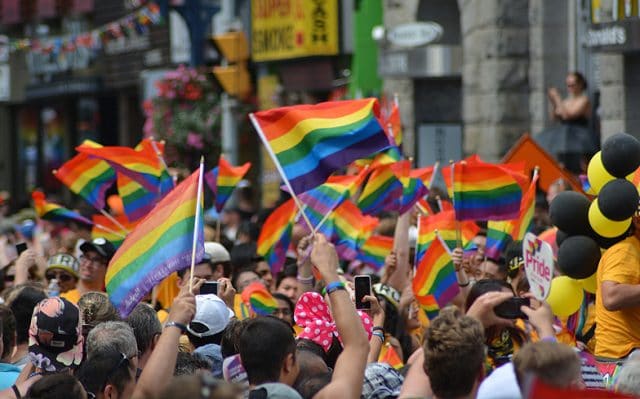 New research has found that Iceland is the most gay-friendly country on Earth.

The report, titled Polarized Progress: Social Acceptance of LGBT People in 141 Countries, found that 80 out of 141 countries had seen an increase in acceptance of LGBTQ people since 1980, while 46 had seen a decline, and 15 had seen no change.

Researchers at the Williams Institute at UCLA analysed findings from 11 different surveys to develop their own LGBTQ Global Acceptance Index (GAI), which ranks the level of social acceptance of LGBTQ people in different countries.

The 10 countries who are most accepting of LGBTQ people – according to their GAI scores – are Iceland, the Netherlands, Sweden, Denmark, Andorra, Norway, Belgium, Spain, France, and Switzerland.

It’s not too much of a surprise that Iceland topped the list: The Nordic country decriminalised homosexuality way back in 1940, introduced registered partnerships for same-sex couples in 1996 and later introduced full same-sex marriage in 2010.

Iceland also became the first country in the world to elect an openly gay Prime Minister, Johanna Sigurdardottir, in 2009. 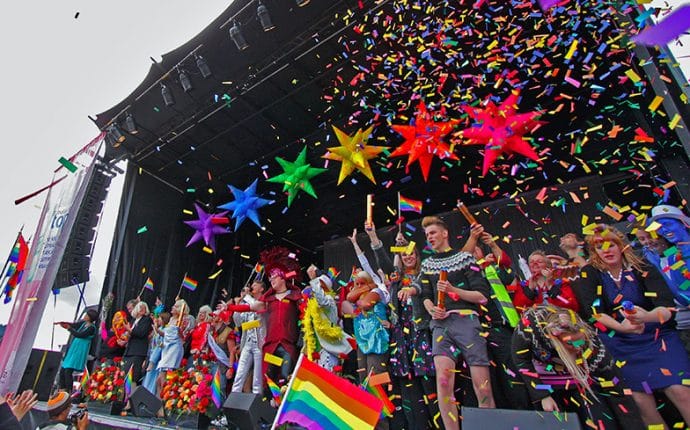 If you’re wondering where Great Britain placed on the list, we came 14th, with Ireland in 11th place, and the United States coming in 23rd.

Meanwhile, the 10 countries who are least accepting of LGBTQ people – according to their GAI scores – are Azerbaijan, Georgia, Saudi Arabia, Bangladesh, Egypt, Rwanda, Senegal, Indonesia, Uganda, and Guinea.

“Low levels of acceptance are tied to bullying and violence, physical and mental health problems, discrimination in employment, and underrepresentation in positions of civic leadership,” said researchers on the importance of LGBTQ equality.

The report also found that between the time periods of 2004 – 2008 and 2009 – 2013, the countries that saw the greatest improvement in acceptance of LGBTQ people were Iceland, the Netherlands, Sweden, Andorra and Spain.

By contrast, the countries that saw the greatest decrease in acceptance were Azerbaijan, Bangladesh, Georgia, Ghana and Kenya.

“The Global Acceptance Index provides a consistent and comparable way to measure attitudes and attitude change, which could better understand inclusion of LGBT people in many areas of social, economic, and political life.”