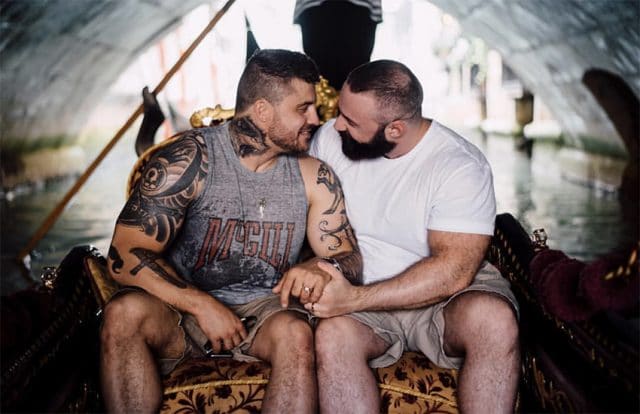 EXCLUSIVE: This beautiful Venice proposal will warm your heart

If, like us, your heart is warmed by the sight of two people falling in love, then you’ll want to check out the Instagram profiles of a sweet European couple.

Johan Jimmy Sjödin is a former Olympic diver and self-described ‘InkedViking’ originally from Malmo, Sweden. He competed in the 1996 Olympics in Atlanta in the men’s platform and springboard diving events.

‘I stopped diving when I was 20. I discovered I was gay and I wanted to finally have a social life,’ Sjödin, 39, told GSN. 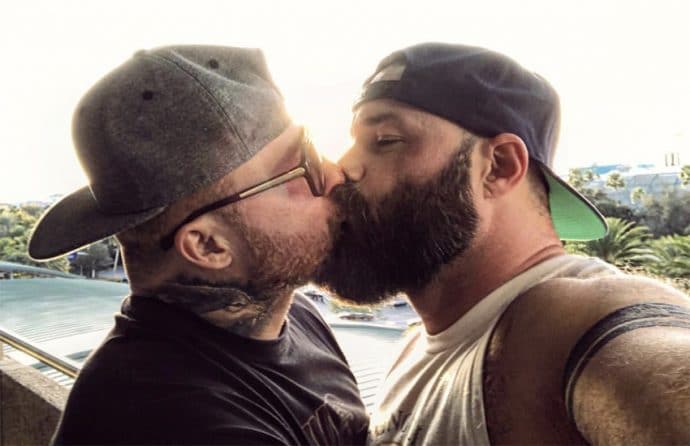 ‘Growing up, I had no social life because I was training all the time. I moved to the US when I was 17 to go to college on a scholarship, so when I came out and I was living in LA, I said, “Right, I’m going to focus on the next stage in my life.”

‘Since that time, I’ve done everything: bar tending and waiting, then fashion stylist work, then graphic design for the last ten years.

They’ve been dating for the past 17 months, and have both documented their relationship via Instagram.

‘We met on Facebook a while back,’ says Sjödin. ‘We chatted a bit and then we lost contact. I think he was seeing someone and I was seeing someone. We then started talking again and just hit it off. It was about 17 months ago. We live together in Munich.’

If you like your men big, tattooed and hairy, their images will either break your heart, leave you wanting more, or turn you green with envy. Either way, you won’t failed to be moved by images they’ve posted over the last few days of a trip to Venice, where Patrick sprung a surprise proposal on Jimmy.

‘It was a complete surprise. On the Wednesday night he told me to pack my bags because the next day he wanted to take me on a surprise trip somewhere I always wanted to go.

‘So I packed my bag and we got in the car, and he started driving and we drove over the South Tyrol, which is the most scenic route through the Italian Alps, so he had planned everything to be the most romantic.

‘We ended up in Venice – somewhere I had said I’d always wanted to go. It was a really nice surprise, but I still had no idea it was going to be more than just a surprise weekend.

‘Then on the Friday, he said “We have an appointment at 10.30, so be ready and wear something…”, well, don’t look like a total slob, but I still didn’t understand something was going on. 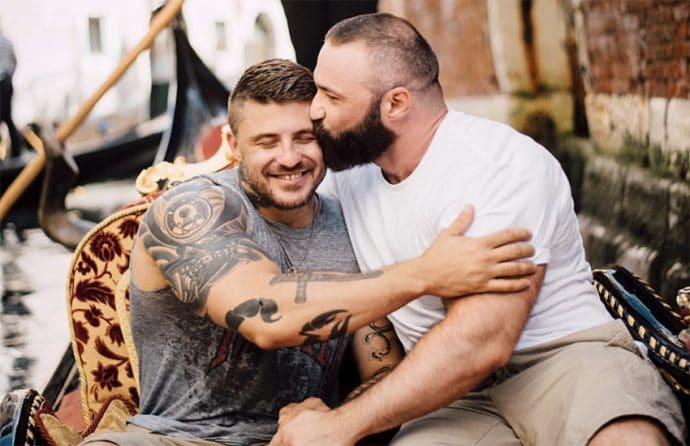 ‘Then all of a sudden, he gets down on one knee in the gondola and pops the question. He starts crying and then popped the question.

‘I was just so shocked. I don’t even remember what he said!’

we happend to be in a gondola in Venice ? and I just asked him to marry me ??? #engaged #wolfdeutschland #venice #gondola #love #W❤️️LFandP❤️️P

For now, the two are focused on organizing their wedding.

‘I’m a sucker for romance,’ admits Sjödin. ‘I want the wedding to be on the exact day where we became boyfriends in New York, which is the 28 May, so we’re thinking of doing a wedding in the Alps here in Germany.

‘It’s only an hour away from Munich, so close enough for his family. I only have one living aunt, and two of her close friends, who I grew up with also, and that’s my entire family, so for them to just fly down here and go up to this mountain resort and have the wedding is going to be really special.

‘We’re planning to go to the Maldives for our honeymoon. We’re working with the Four Seasons Maldives Landaa Giraavaru to promote the destination, as a lot of gay people are a bit confused and scared about the Maldives since it’s a Muslim country. So we are teaming up with them to showcase their openness to the LGBTQ community.

‘Beyond that, I want children eventually and all that, but right now we’re focusing on the wedding.’