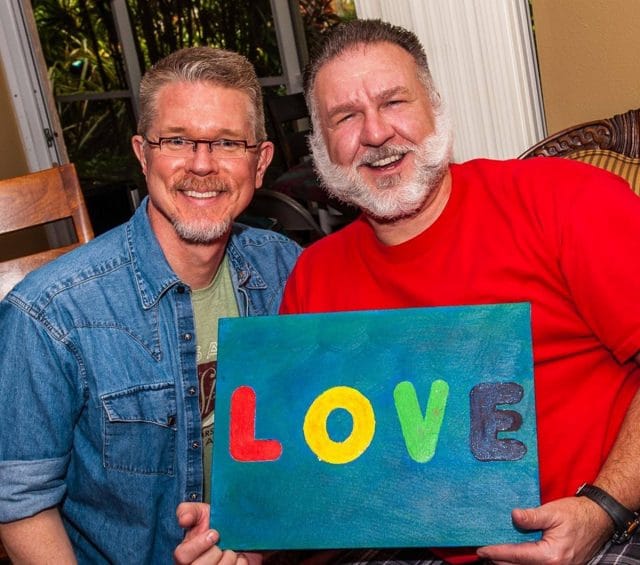 The number of times that young – and not so young – LGBT people have heard that comment, and felt invalidated, like the identity that they had discovered and nurtured wasn’t worth a damn.

At best, you can dismiss the comment in the same way the other person dismissed your true self, but at worst, it is utterly destructive. 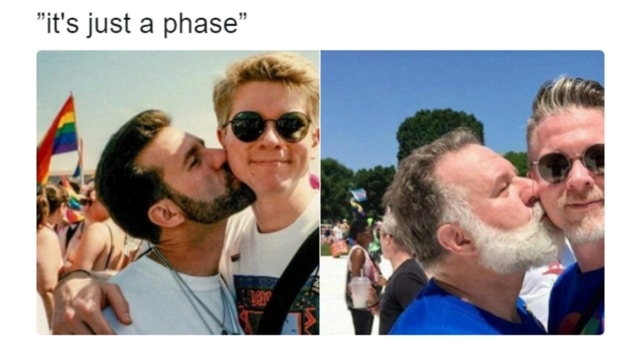 And the most difficult aspect of being on the receiving end of a throwaway comment like this is that there’s only way to disprove it.

And with two pictures – one taken in 1993, and one in 2017 – Nick Cardello and Kurt English showed how long love can last.
The married couple, who met 25 years ago, captured their love together at Washington Pride in 1993, and then again at the same parade this year.

The two images, placed side-by-side, were reposted by multiple accounts until one Twitter user framed it with the remarks: “it’s just a phase”.

Nick, a photographer who forms one half of the couple, told PinkNews he “could never have imagined” the response which this picture would generate.

“I only posted the photo on my Facebook page after the march. It took off from there,” he said.

“Someone else copied it to Twitter, Instagram & Reddit. That’s when it really took off. A reporter from Brazil said it had over a million likes there.”

”it's just a phase” pic.twitter.com/WlkgiHDnh9

He explaining his thinking behind the post, saying: “The idea here was we were 24 years later, still marching for LGBTQ equality.

“For other reasons now, compared to 24 years ago, but still not full equality.

The reactions from people all over the world had deeply affected him and Kurt, Nick said.

“Many times we have been moved to tears by reading the comments.

“There have been so many supportive comments on the post, such as ‘Relationship Goals,’” he said, though some had simply made him laugh.

One person commented “Look how old they got,” to which Nick said: “We were 30 years old in the first photo and 54 in the second, and we were thinking: ‘Yes, you too will get old!’”

He added that he learned through the post that “it is rare to see these types of images in the media, of same-sex couples growing old together.

“The youth needs to see that it is possible to find a loving partner, and that the relationship can last.” 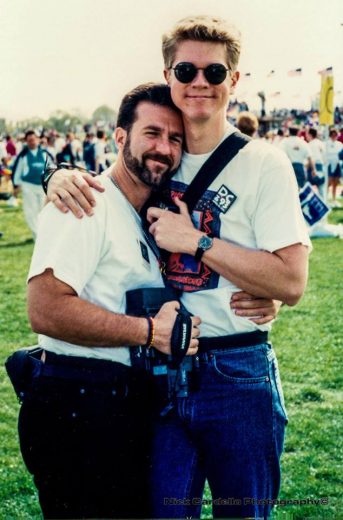 Nick explained that the 1993 Pride March was a world away from this year’s event, with a wholly “different feel.

“In 1993 we had just come from the Reagan years and the federal government avoiding the AIDS Crisis.

“It was a difficult time for us, since three months earlier I had lost my brother to AIDS. Then Clinton signed Don’t Ask Don’t Tell and the Defence of Marriage Act.

“For the 2017 March we were elated by the Obama administration’s federal recognition of same-sex couples, the Supreme Court rulings, the overturning of Don’t Ask Don’t Tell and the Defence of Marriage Act,” he added.

“But we now have concerns with the rolling back of rights we have gained, particularly with the proliferation of the Religious Freedom Restoration Act laws as a backlash to these hard-won gains.”

He said this, together with the comments on his photo, “made us keenly aware we cannot take what we have for granted.

“A loving partner can be a difficult thing to find, once you do you must protect it and nurture it.”