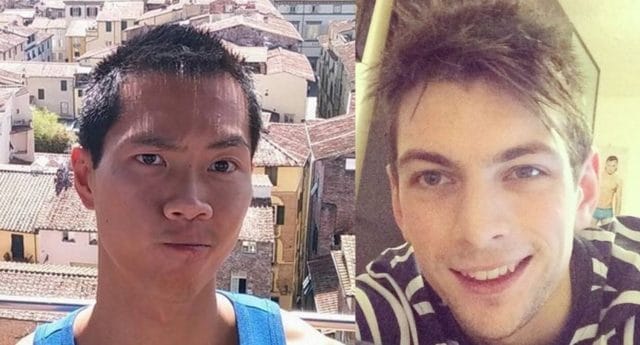 Jules lost practically everything he owned in today’s Grenfell Tower fire – but he could have lost so much more.

12 people have so far been confirmed dead in the blaze, which started shortly before 1am and has destroyed the huge 24-storey block of flats in west London.

Commander Stuart Cundy of the Metropolitan Police has said he anticipates “that the number of fatalities will increase beyond those 12,” according to the Guardian. 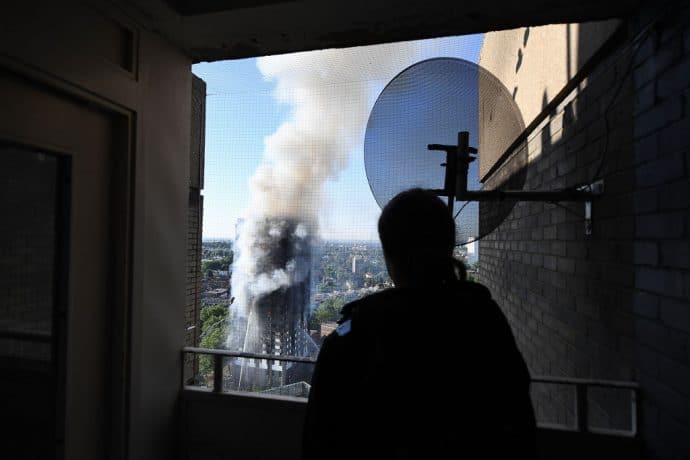 Were it not for an extremely fortunate series of events, Jules Ng’s boyfriend Lee Stewart, 29, could have been included in that figure.

Speaking to PinkNews, Jules, 30, explained: “I was away in Crawley for work, staying in a hotel.

“My boyfriend was in London, but because it was his birthday today he took the day off and came over last night. Thank god he did.

“In all likelihood, at that kind of time he would’ve been at the flat, and it doesn’t bear thinking about what would have happened.”

The couple, who have been together for six months, moved into Grenfell Tower less than a fortnight ago after hopping around different properties.

Jules, a management consultant, said he and Lee “were hoping to settle down – but it wasn’t meant to be.

“We heard around 3am,” he recalled. “Our landlord called to check we were okay, because he was very concerned.

“I was in complete shock. The first thing I did was to see what was going on; I went on my phone and there it was – my entire building on fire.

“I couldn’t believe it. It was horrible.

“There were people in there obviously, and it was our home, where all our stuff was – we’d just moved our stuff.”

Despite the horror of seeing his home engulfed in flames, Jules said: “I definitely feel lucky.

“I’m so, so, so glad to be alive and well and safe. It’s just a twist of fate that my boyfriend’s here and I’m so happy to be here with him.”

A friend of the couple, Kwok Law, has set up a JustGiving page to help them replace the clothes, furniture and other material possessions they lost in the fire.

The page has so far raised £2,500 in less than a day, an amount which Jules said was “more than we ever expected. 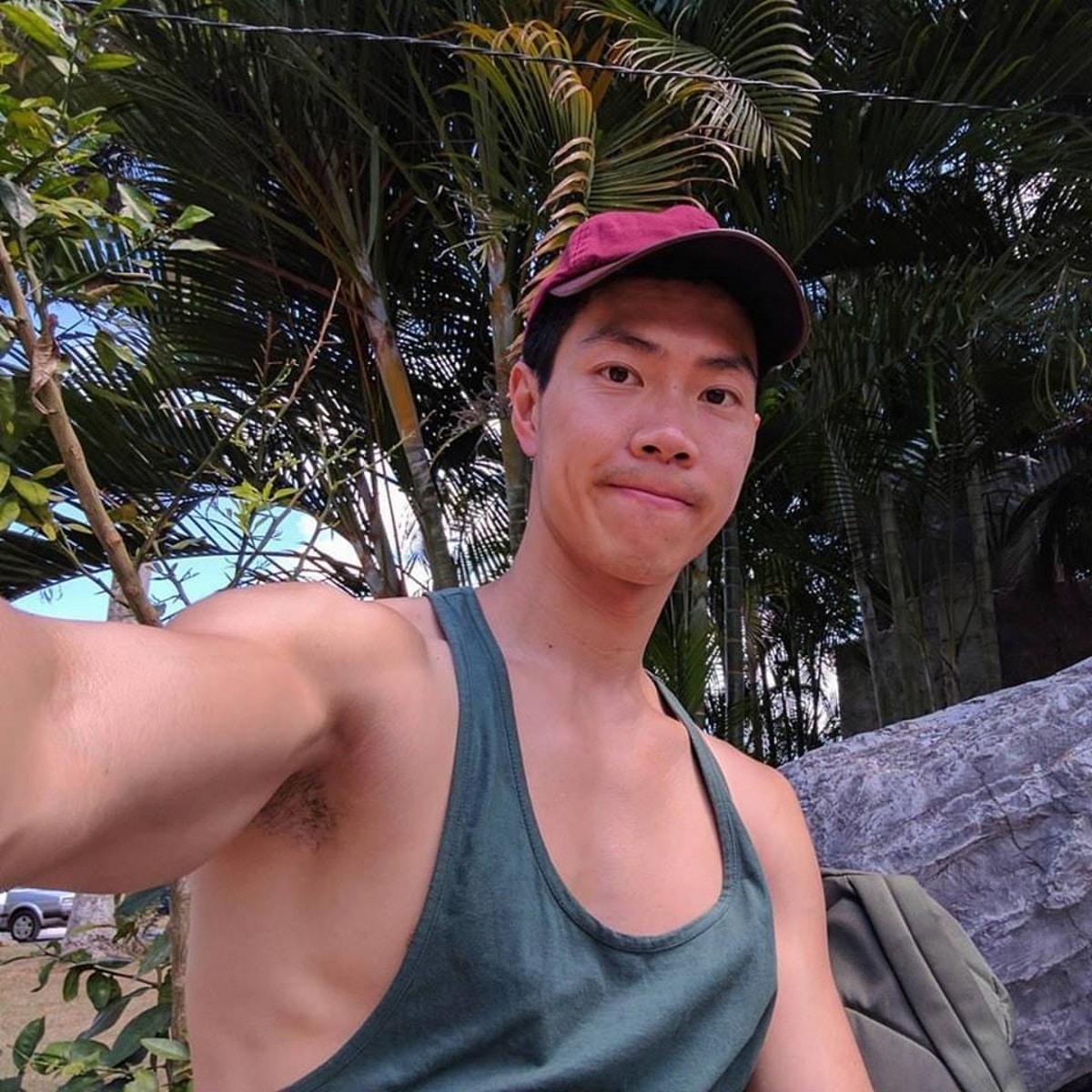 “I didn’t expect my friend to set it up, then I thought it might get a few hundred quid, and we’d get a few bits and bobs.

“Seeing strangers donating – it’s so kind, and helps us put faith back in humanity a bit.”

He said he was “still feeling a bit overwhelmed – partly because we’ve lost everything, but also because of the kindness everyone has shown us: friends, family, colleagues and strangers, even.

“I feel lucky to be alive, and it’s my boyfriend’s birthday today, so we’re going to go out for dinner.”

Jules said that he and Lee, an IT engineer, plan to return to London tomorrow, where his work and countless friends have offered to provide a place to stay. 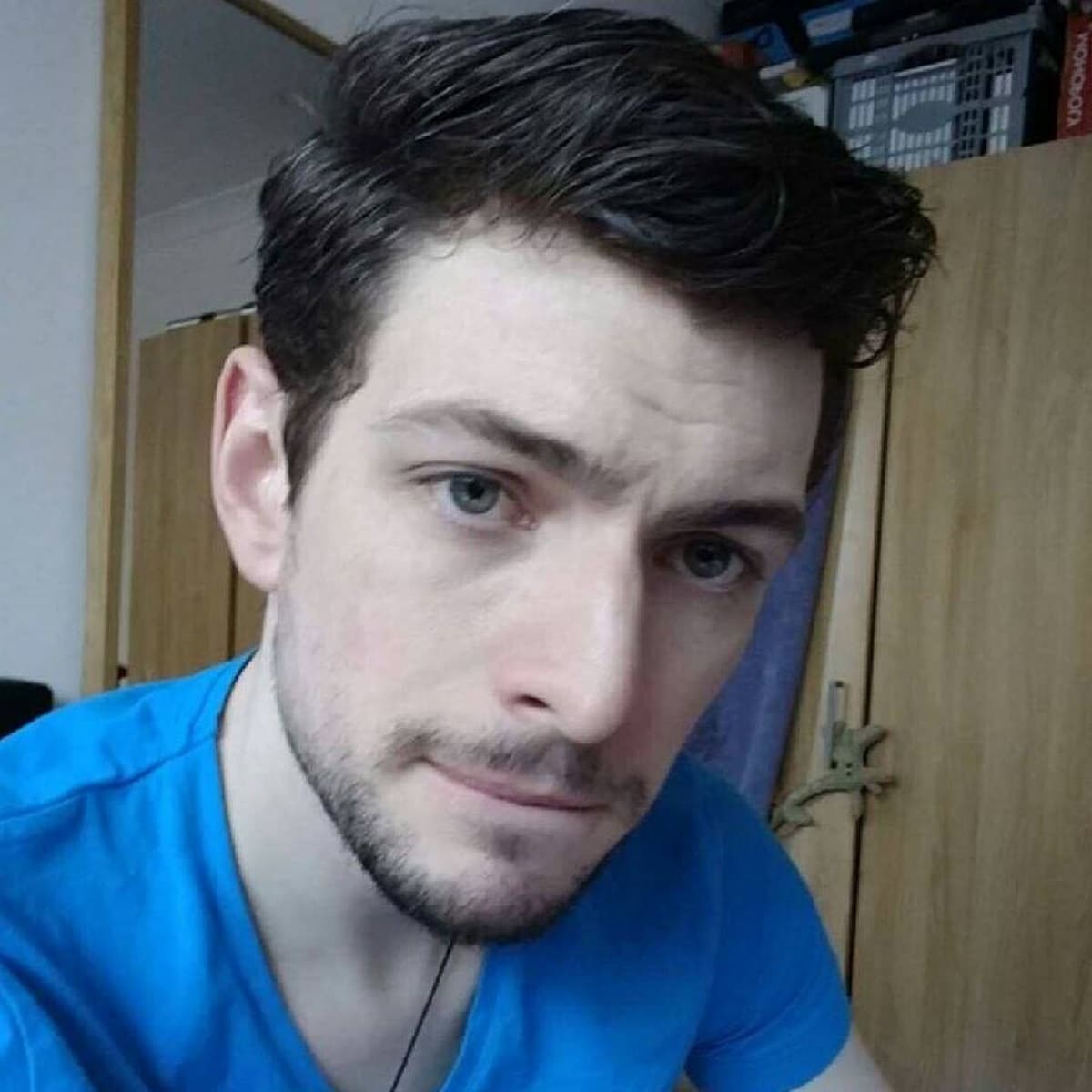 After staying at a hotel paid for by his company for a few days, he and Lee plan to move in with a friend next week.

“In that time, we’ll be sorting out whether anything’s salvageable, especially the sentimental stuff.

“On our laptops,” he said, “there were photos from birthdays, and I got some presents for my 18th and 21st birthdays which I’d love to get back.” 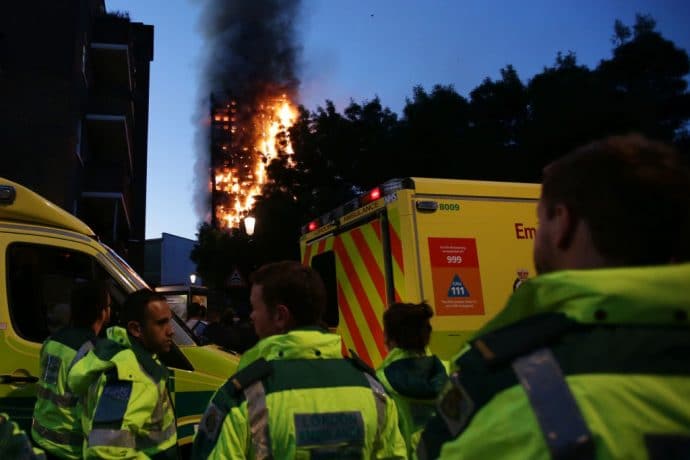 He said that though it had been a “horrible” experience for them, “there are so many other people in much worse positions than us.

“If people want to donate, there are families with children who may not be as well-off or have as many friends and family as us.

“In the local area, they’re setting up fundraising drives and collections for duvets and clothes, so that’d be really helpful if anyone wants to contribute.”