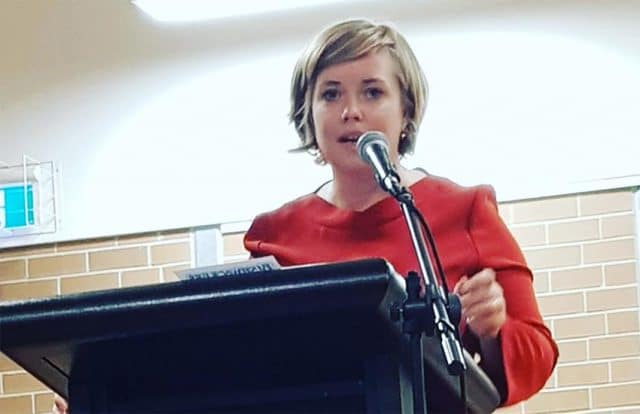 The City of Sydney has passed a motion that will allow gay couples to hire community facilities for weddings for free – if marriage equality comes to Australia.

The country is currently holding a postal vote to gage public opinion on the matter. The results of the vote will be announced 15 November. The government is not bound to follow the result of the vote, but it is widely expected to do so.

The Sydney ruling will apply to same-sex couples for 100 days only, should there be a change in the law. It will not apply to opposite-sex couples.

Although the couples will be able to hire city halls and parks for free, they will still have to pay other associated wedding costs (catering, etc).

The motion was proposed by Labour councilor Linda Scott. She posted her delight at the motion’s success after it was passed.

motion’s success after it was passed.

?Proud to have moved for @cityofsydney to provide free community venues in first ? days of #MarriageEquality #nswpol https://t.co/xyGG9s8prT

‘I’m proud to have successfully moved for the City of Sydney to provide Gay and Lesbian couples with free use of our City parks and community facilities to marry, should the survey yes vote succeed, for the first 100 days after a law for Marriage Equality is passed.’

Although it gained enough votes to pass, some councilors voted against it, including Christine Forster, a Liberal councilor and vocal supporter of the ‘yes’ campaign.

Forster, who is the sister of former Australian Prime Minister Tony Abbott and gay herself, voted against the motion as she wanted it to also include heterosexual couples.

In a posting to her Facebook page she said: ‘This has been a fight for equality before the law and it’s my belief that we can’t ask for equality for ourselves and then deny it to others. It’s also been about making marriage inclusive not exclusive, and this motion flies in the face of that principle.

‘Marriage is important to our society, not just to one or another section of the community, and that’s what my vote reflected.’