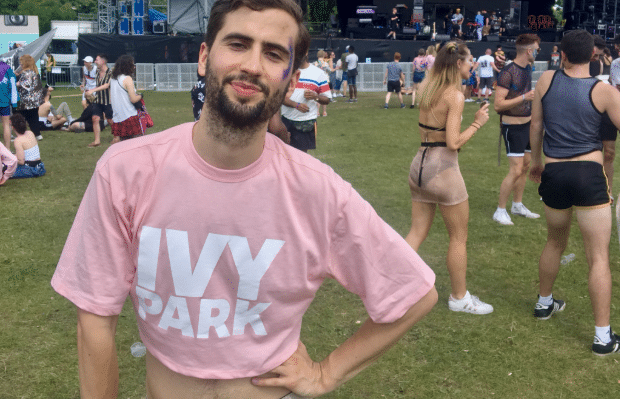 A gay guy was attacked with rocks after leaving queer music festival Mighty Hoopla in London.

Attacked with rocks after Mighty Hoopla

This is what Jeff has to say:

Last night, I was walking to the corner store with some friends and we passed a group of teenagers. We had just come from a queer music festival, so we were coated in glitter and I had on my best hot pink crop top. The teenagers started following us, yelling homophobic slurs and began to throw rocks at us.

Two of which hit me in the back of the head.

I was shocked, hurt, enraged but most of all, I felt embarrassed. Not just because of what happened, but because I was with other people who witnessed it and were also being harassed. A wave of shame, humiliation and powerlessness swept over me. I wanted to run away, be alone and cry.

But instead, my friends and I kept walking, got what we needed from the store and made our way back. In case they were still out, we walked on the opposite side of the road. This time, we passed a group of men who began hurling homophobic abuse at us, saying things like we should be killed.

It’s really hard to put into words that it feels like when these things happen. To be attacked for simply trying to exist and be yourself. It’s demeaning and completely dehumanising.

But I think what’s harder is to accept and expect that this kind of thing will happen at some point. It feels like an inevitable consequence of living in a society that continues to position heterosexuality as the norm. Violence is a fact of queer life.

So when incredibly well-meaning friends said to me after, ‘I can’t believe people like that still exist’ and ‘It’s 2018, don’t people know better?’, it almost adds to the shame. Admitting and talking about these kinds of incidents almost feels like a different kind of coming out. It’s a recognition of the homophobia that still runs rampant and threatens our safety.

I’m also very aware that as a cisgender, white, able-bodied, middle class man, I experience a privilege that affords me a certain level of protection that is not shared amongst the wider LGBT community. And in my day-to-day life I’m lucky to be surrounded by supportive friends, family and colleagues who love me for me and stand up for me when I’m hurt.

‘LGBT people are still not free to be themselves’

So what happened last night is a painful reminder of the fact that even in central London in 2018, LGBT people are still not free to be themselves. And for anyone who might still be wondering, yes we still damn well need Pride.

This hate and violence should also help bring our community together. I think sometimes we can be too complacent about the progress we’ve made and spend too much time tearing each other down. The LGBT community is so beautiful, diverse and strong. Everyday, I feel immensely proud to be a part of it. But we are still under attack.

If we could be a little kinder to one another, watch each other’s backs a little more, there’s nothing we can’t achieve – together.