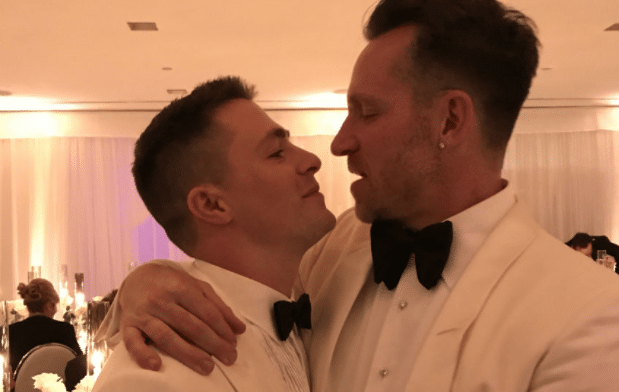 Researchers believe women have ‘higher standards’ for relationships than men

Married gay male couples are the least likely to divorce and break up.

Researchers have found same-sex male couples are twice as likely as not to break up as lesbians.

Women in same-sex relationships are 1.5 times as likely as heterosexual couples to have broken up.

Lesbian couples ‘most likely’ to break up

A study following 515 couples in Vermont has found longer relationship length, older rage, and better relationship quality reduced the chances of a breakup.

‘Other studies on heterosexual couples have found women have higher standards for relationship quality than men, said study author Esther Rothblum. She is a professor of women’s studies at San Diego State University.

‘We suspect that similar dynamics may be at play with the lesbian couples in our study, leading to the higher dissolution rate.

‘At the same time, we found that older couples were less likely to break up, and having children had no impact on the break up rates.’

The study looked at the couples over 12 yea

When looking at all couple types together:

For all groups, lower income and whether or not couples had children did not affect the odds of a relationship ending.

No difference between couples who got married or not
In 2000, Vermont became the first state to extend all of the rights and benefits of marriage to same-sex couples through a civil union law. In 2015, the United States Supreme Court ruled same-sex couples have the right to marry in all 50 states. Because marriage and other types of legal recognition for same-sex couples are relatively new, there has been little research to date on same-sex divorce.

‘We identified both similarities and differences in relationship dissolution according to sexual orientation and gender,’ said study author Kimberly Balsam. She is a clinical psychologist and psychology professor at Palo Alto University.

‘This kind of research is crucial in combatting stereotypes about same-sex couples and can inform policy and program development to support healthy relationships for all couples.

‘Intimate relationships are dynamic, and longitudinal designs allow us to capture these changes over time in a more nuanced way.’

The study was published in Couple and Family Psychology and co-authored by the Williams Institute.