Home Gay Life Gay man warned to ‘dress subtly’, then his dad steps in with... 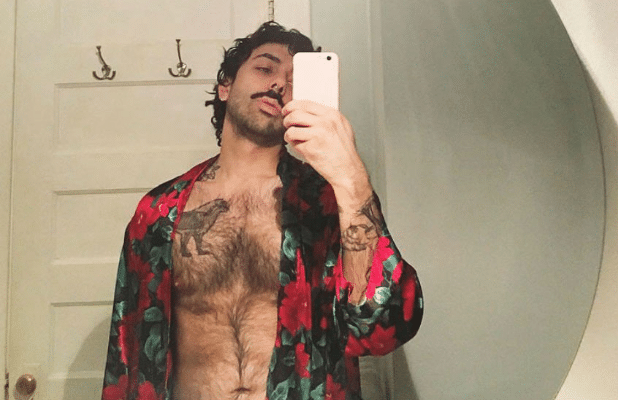 Sohail Akhavein isn’t one to shy away from dressing how he wants and showing off a bit of skin.

In fact, it seems it’s earned him a bit of a reputation.

In preparation for a community luncheon in his home town of Minneapolis, Minnesota, a fellow local resident warned him: ‘Tone it down so the focus can be on the community and not your body.’ 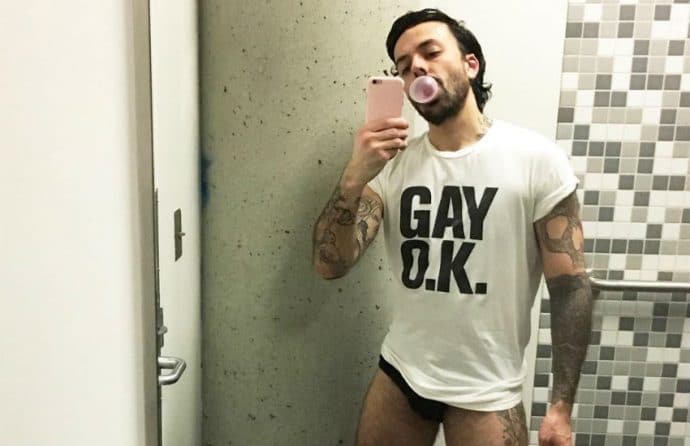 The warning comes about after a previous incident involving an unfortunate ‘semi-subtle’ nip slip due to a low-buttoned blouse he stole from his mom.

Sohail explained to GSN: ‘I don’t want to mention names, but I have what I would describe as a casual nemesis.

‘Ever since I attended a community progressive dinner party and served an array of Lunchables on a silver platter and Capri Suns I filled with white wine,’ he said.

So how did the event go?
In deciding what to wear, Sohail consulted his father.

But his dad simply responded: ‘Buy yourself the loudest suit your big gay heart desires.’

His dad then deposited some money into the 31-year-old’s bank account and told him to go crazy.

Sohail then took to Twitter to explain what happened next. He tweeted: ‘I’ll be making a donation in my dad’s name to a local LGBT mental health organization with the funds he gifted me.

‘[I] wore something I already had in my closet that fit the brief,’ he added.

He ended up wearing an old blue leopard suit that once belonged to his mom.

Update: I’ll be making a donation in my dad’s name to a local LGBT mental health org w/the funds he gifted me & wore something I already had in my closet that fit the brief.

?Much like my queerness, I don’t take the love & acceptance I’m gifted for granted in any capacity❤️ pic.twitter.com/fdEV7wVCgU

The event went ‘swimmingly’ with no nip slips, reports Sohail.

He said: ‘There was a neighbor who told me she wished I would have informed her of my suiting option before the meeting before because she would have worn the same suit jacket.’

When asked what advice he would give to people who are told to tone down their identities, Sohail said you should always feel safe enough to express yourself authentically.

He explained: ‘I want to start by saying that I want to check my privilege here.

‘I know that it’s not normative for many queer, disenfranchised people to have the safety, space or community to be authentic to themselves – whatever that means to them.

‘I also know that having the fervent support of my family – specifically my Middle Eastern father – is a gift that I would never take advantage of, because that too gifts me positional privilege,’ he said. 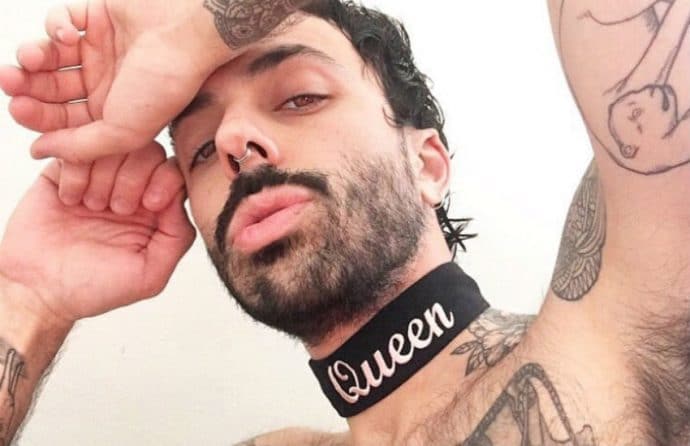 ‘If you’re in a position where you can be safe and express yourself around others, I encourage you to do that — but know that if you’re not, and you’re unable to currently display the external version you’re hoping to in the world at large, know that you’re not alone.

‘Oppressed communities are some of the most loving, open and warm communities because that oppression creates binding love when you speak openly about shared trauma.

‘When it’s accessible, be yourself — community can be, and often times is family,’ he said.

See also – the time Sohail’s mom sent his ‘thirsty’ pictures to a carpenter – landing him a date.