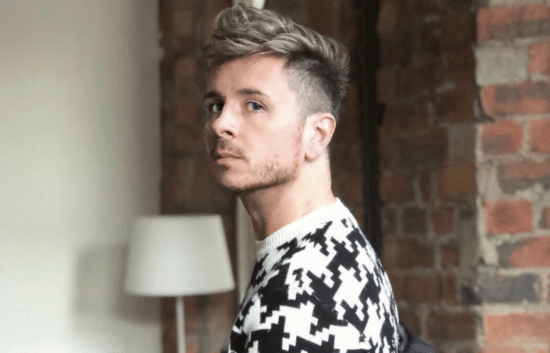 OPINION: Topher Gen says ageism is rife on the gay scene and not enough is done to tackle it

Or maybe it’s because I’ve always associated getting older with being written off; with being tossed out by society and not being able to enjoy a healthy, active social life anymore.

The other night whilst out I met an older man. He’d hidden himself in the shadowy corner of the club, swaying awkwardly while nursing his drink, trying to avoid being seen.

I recognized these traits as the hallmarks of social anxiety. It’s an affliction I’ve battled with more times than I care to admit. Never one to see someone standing alone, I wandered over and struck up conversation.

A few minutes into the basic chit-chat and he tells me his age. ‘I’m 62’, he says sheepishly. He then goes on to express worry that he ‘feels too old’ to be here.

‘Judging this man based purely on his age’

I shrug off this comment and try to soothe his concerns off by assuring him that he has the same right as anyone else to be here. He goes on tell me that he’s new to the city and that, when younger, he never had the opportunity to do ‘this’ (clubbing.)

However, a moment later, the conversation stopped mid-sentence when a younger gay (whose face was so smoothed over he resembled a malnourished Ken doll) shot a disparaging glare over towards the man. The look said it all; he was judging this man based purely on his age.

This may be a snap assumption considering all he did was glare wordlessly, but I’m sure a lot of us have seen, or maybe even been victim of, ageist behavior at some point in a bar or club setting.

‘Ageism takes root in denial, in pretending that we’ll never get old’

I’ve only ever had a few negative comments made my age, but I’m not going to lie: it really grinds your ass/soul down.

I’ve had nights where I’ve felt about 8,000-years old after talking to someone who looks young enough to be my offspring. But I’ve also had periods of extreme burnout before my wisdom teeth had even come in. Therefore, I can’t imagine how hard some older men must feel in a scene environment, particularly one that’s populated by a horde of half-naked, bouncing twinks.

I’ve seen it so many times; judging glares from youthful gays at older gay men because they think it’s ‘weird’ or ‘creepy’ that they’re in the same bar.

What they fail to realize is that they’ll one day be that age. Ageism takes root in denial, in pretending that we’ll never get old. But everyone wakes up a day older.

You don’t hit 40 and find the urge to visit a bar suddenly eradicated. Nor do you have to retire your social life and commit to a hermit lifestyle.

The need for inclusivity

I feel it’s somewhat easier for heterosexuals as they have a more options; there’s a variety of bars and clubs which are tailored to certain demographics. However, the gay scene – in Scottish cities anyway – lacks in size and thus variety, and because of that we need to be more inclusive.

We are a community composed of all ages, genders and races. We should not be complicit in our further marginalization.

The best people I’ve ever met are the ones who follow the mantra ‘age is just a number.’ Eighteen or 85, you can go to a gay bar or club and have drinks. You should be able to let loose and dance in a joyous way; you aren’t dead yet, so why the hell not?

We need to beat back that ‘you’re too old’ and ‘that guy is creepy because he’s older’ mentality like the medieval dragon it is.

‘What we can learn from each other’

Ageing is an accomplishment. We should feel pride not shame. If I’m still able to have a night out when I’m 60 I’ll be doing (metaphoric) cartwheels. Although at this rate, I’ll be surprised if I can handle a night out by next June. But what I feel is more important is that we realize what we can learn from each other.

After talking to that older man, I gained perspective and a better understanding of the struggles his generation battled – and he also bought me a drink, so it was a double win!

You can find common ground with anyone, so don’t write people off because of their age. We are all a part of the same community.