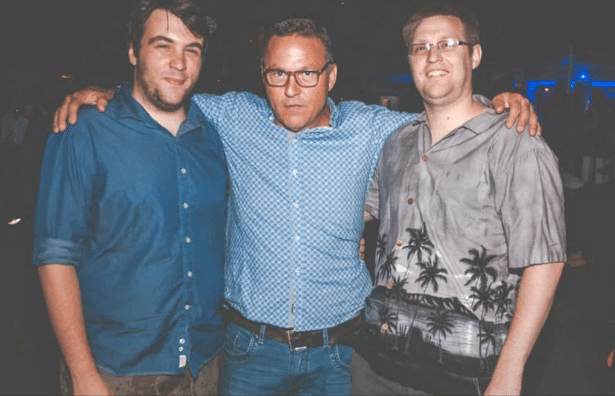 The gay son of the bouncer accused of discriminating against a gay couple last weekend in Italy has spoken up to defend his father to Gay Star News.

Giuseppe Pitirollo and Daniele Bausilio said they couldn’t enter a beach party in Bacoli, 15km west of Naples. The couple also claimed the bouncer told them a traditional couple ‘is only made of a woman and a man’.

The venue Lido Turistico Beach Park denies all the allegations, but the case sparked a debate on social media in the mostly Catholic country. 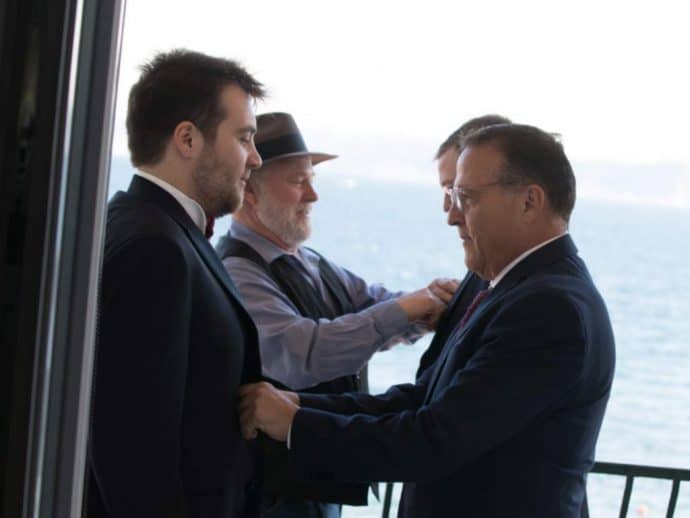 ‘This couldn’t be true’

Fabbio Amoroso, 26, is the son of Michele, one of the bouncers at Lido Turistico. Fabbio is gay and married Jacob on 17 May 2017.

‘When I read the news, I was just shocked. My father has been working there for years and he was most likely the person at the door when the couple showed up,’ Fabbio told Gay Star News.

‘I knew immediately this couldn’t be true. Why? Because I’m gay and my father loves me and my husband in the same way.’

Michele called his son on Sunday to explain the incident and reassured him. He said ‘the two guys were drunk, that is why we couldn’t let them in’.

However, the couple insisted they were not drunk and even asked to take the alcohol test.

A surprising coming out

Fabbio came out to his dad when he was still in high school.

‘Coming from a small town in southern Italy, my dad probably wouldn’t expect it. However, his reaction was ultimately positive,’ Fabbio said.

‘I have never felt as if he loved me any less because of my sexual orientation.’ 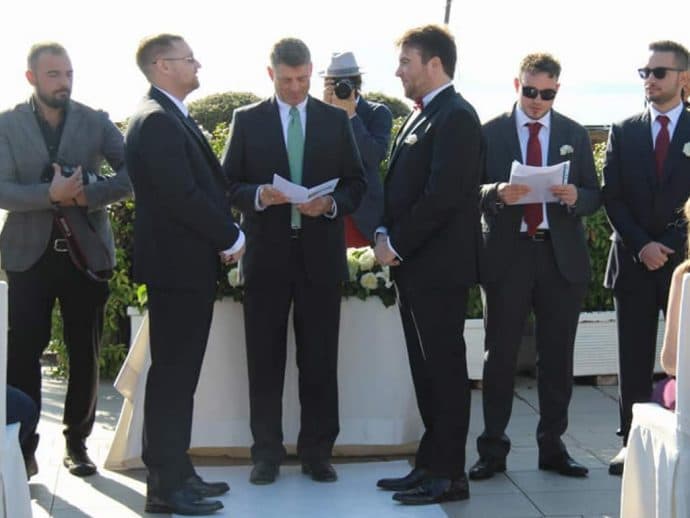 Fabbio met Jacob three years ago. They have been together ever since and tied the knot in North Carolina. The couple also celebrated with their Italian friends and family in November last year.

In a Facebook post written to defend his father, Fabbio also included two pictures. In one of the two, his father Michele helps him to get ready for the most important day of his life.

The other picture, portraying Michele in between Fabbio and his husband, was taken at Lido Turistico Beach Park.

Fabbio said he’s ‘not trying to defend the venue at all costs, nor I’m saying the two guys lied.’

‘I know how many homophobic episodes happen in Italy on a daily basis, but this just isn’t one of them,’ he added.