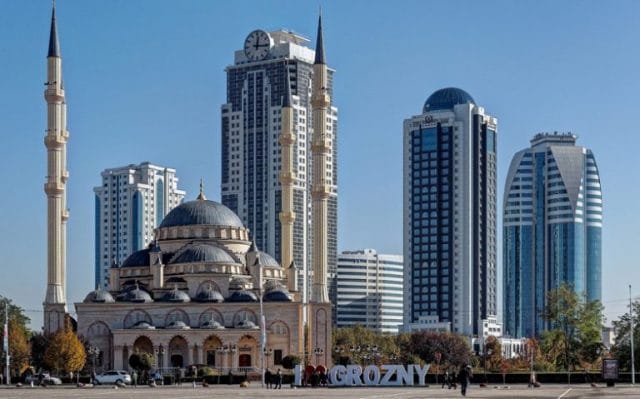 The 17-year-old boy was murdered by his uncle after learning of his homosexuality.

Russian magazine Snob has reported that a 17-year-old Chechen boy has been pushed from a 9th floor balcony and killed by his uncle, after families are being encouraged to “wash the shame” away from gay relatives.

Snob was approached by a gay Chechen fugitive who left the Russian republic after admitting his sexuality to his local mullah (religious leader).

Speaking anonymously, the fugitive revealed that his mullah told him: “As a Chechen and as a man I do not want to see you here. Neither in the mosque, nor in this district. I want you to leave now, because everything you said is the most disgusting thing you can find out. I hope your relatives have the dignity to wash away your shame. Go away.”

The mullah then recapped the disturbing events of the 17-year-old’s death, with recent reports stating that the Chechen police are encouraging families to kill their gay sons – or they’ll do it themselves.

An unidentified male told France 24 news: “They tell the parents to kill their child. They say ‘Either you do it, or we will’. They call it: ‘Cleaning your honour with blood.’

“They tortured a man for two weeks [then] they summoned his parents and brothers who all came. [The authorities] said to them: ‘Your son is a homosexual – sort it out or we’ll do it ourselves.’”

The victim added: “We’ve always been persecuted, but never like this. Now they arrest everyone. They kill people, they do whatever they want.”

The Kremlin and Chechen governments are still denying allegations that Chechnya is torturing gay men, during a meeting with Vladimir Putin.

Despite this, Chechen president Ramzan Kadyrov has publicly declared that he wants all LGBT+ people to be eliminated by May 26, which marks the start of Muslim holiday, Ramadan.

Novaya Gazeta, respected Russian publication, first reported in March that around 100 gay men had been rounded up by police and detained in what is widely being referred to as a modern-day ‘concentration camp’.

Vladimir Putin has ordered an investigation into the purge, saying: “Of course, I will have a talk with the general prosecutor and interior minister so they support you on the topic that you have raised on information or rumours, we might say, about what is happening to sexual minorities in the North Caucasus.”