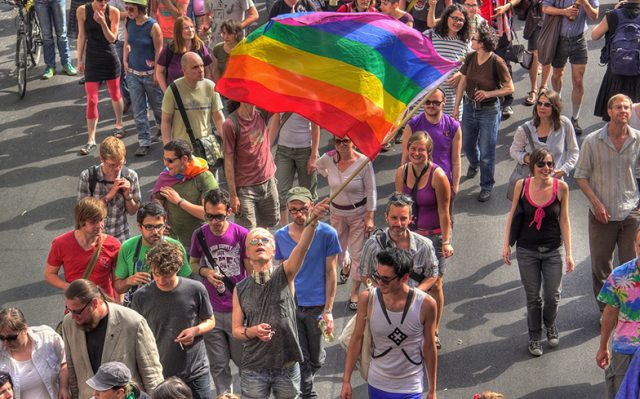 The German Justice Ministry plans to allocate the funds in order to compensate the thousands of gay and bisexual men convicted under archaic sex laws.

The German government has announced that it is making preparations to compensate more than 50,000 men who were jailed for being gay under Paragraph 175 – a law which criminalised homosexuality and was enforced until the late 60s.

To say that the law is archaic is a bit of an understatement, as it was introduced in 1871 and wasn’t repealed until 1994.

The persecution of gay men by the Nazis during the Second World War was legally based on Paragraph 175, and it was still enforced in both East and West Germany during the Cold War.

The convictions of those sentenced during the Nazi years were expunged in 2002, however, until now there has been no movement on pardoning those after the war.

“We will never be able to remove these outrages committed by this country but we want to rehabilitate the victims,” commented Germany’s justice minister, Heiko Maas.

“The convicted homosexual men should no longer have to live with the black mark of a criminal conviction,” he added.

The news of this move by the German Justice Ministry comes just weeks after Theresa May’s government announced legislation that would pardon gay men in the UK convicted of historical gross indecency laws.

Sources close to the PM exclusively told The Independent that the legislation, when passed, would effectively act as an apology to those convicted.

“This government is committed to introducing posthumous pardons for people with certain historical sexual offence convictions who would be innocent of any crime now,” a government spokesperson explained. “We will bring forward our proposals in due course.”

The so-called ‘Alan Turing’ law is in reference to World War Two code-breaker Alan Turing, who was pardoned in 2013, decades after he was convicted of gross indecency in 1952. He had been arrested after having an affair with a 19-year-old man and the resulting conviction meant he lost his security clearance, putting an end to the incredible work for the Allies during the war.

Homosexuality was only decriminalised in England in 1967.