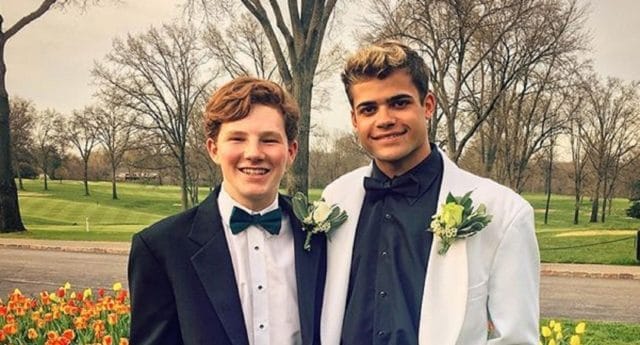 Hundreds of  turned up to drown out the Westboro Baptist Church, when they decided to target a gay high school footballer.

His bravery was praised by his coach and teammates – but the young athlete attracted attention from the notoriously anti-LGBT Westboro Baptist Church, which announced it would picket the school.

However, when the protesters turned up to the school on Monday morning, they were met by a crowd of more than 100 pro-LGBT demonstrators, who drowned out their hateful message. 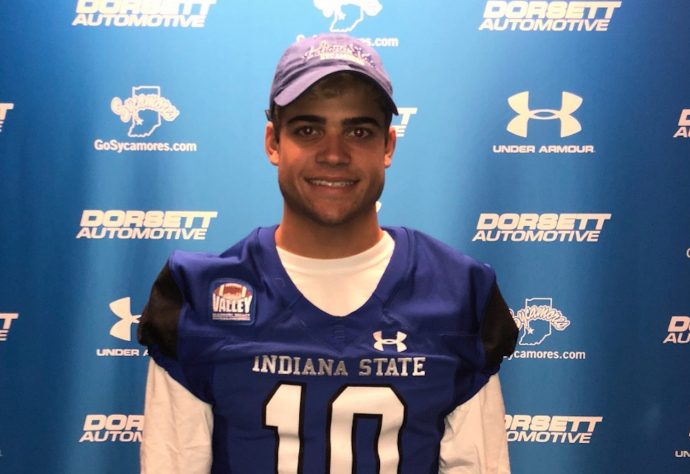 He said: “When the Westboro Baptist Church started rolling in… there was probably already 200 people that were outside, with all kinds of signs in support of my community and in support of the LGBT community as a whole.”

Meanwhile, the school held a special assembly on LGBT issues.

He said: “In the morning in our auditorium, we had a bunch of student speakers come and talk to us, both speakers who are from the LGBT community and also [allies].

“Just to go outside and just get to see all the amazing support, it was really special. … I would say [Westboro] were probably outnumbered 3-to-1.”

Bain added: “They targeted me because they saw that a gay athlete was in the news for the past couple of weeks.

“Honestly, I think they got a little scared that people are starting to realise that it doesn’t really matter if you’re gay, and that everybody should be treated equally. 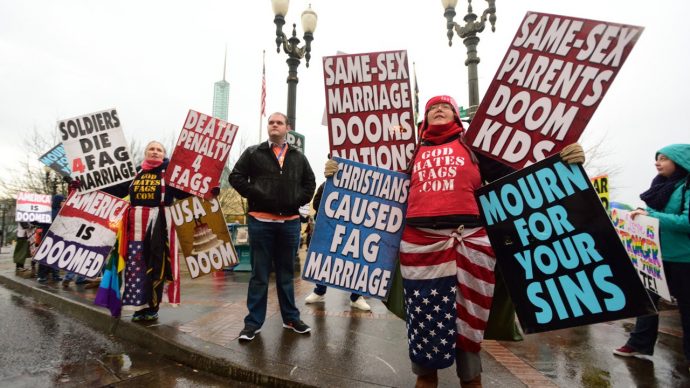 “I think they realise that the tides are changing, and as this generation and the next generations to come continue to grow and learn, more and more people are becoming accepting. That goes against everything that they stand for.

He added: “They’ve been trying to suppress any kind of person that wants to step out and show that you can be whoever you wanna be. So I think that’s kinda the main reason why they decided to come after me.”

The teen will soon be heading to Indiana State University on a football scholarship.

He said: “Going to Indiana State is gonna be really special. I mean, football has been my passion for as long as I can remember.

“I’ve been playing since I was 11 years old. It’s always been my dream to go on and to play Division I football. So the fact that I’ve kinda been able to fulfill that dream has really been special for me.”

The church, based in Topeka, Kansas, is notorious for its opposition to “fags” and “fag-enablers”, picketing anything related to LGBT equality as part of its quest to spread a message of hatred.

But the Kansas-based cult, run by the Phelps family, has not impressed another contender for the most homophobic man in America.

Anti-gay hate preacher Scott Lively, who was recently found to have been complicit in exporting anti-gay laws to third-world countries, claimed in a blog that Westboro is not actually real.

He made the claim while suggesting that the neo-Nazi rally in Charlottesville were also “in on the conspiracy”.

He said: “It defies reason that these groups aren’t infiltrated by undercover government agents.

“If you’re a war gamer, there’s no better asset on the field than your own agent posing as an enemy extremist.

“I always suspected, without proof, that the Westboro Baptist Church ‘God Hates Fags’ group was their asset in the ‘gay marriage’ battle.

“What better way to hurt the pro-family movement than to have a supposedly ‘anti-gay’ group stage obscene protests at the funerals of combat veterans in front of network television cameras.

“What better way to discredit conservative populists than TV footage of rallies where conservatives mix with Nazis (real or planted) carrying racist and antisemitic signs?”

The WBC travelled to Orlando last year, with the intention of protesting as many funerals as possible with ‘God Hates Fags’ signs after the Pulse club massacre.

However, hundreds of local residents thwarted the group’s attempts – turning up ahead of Westboro and forming a human chain around the memorial locations.