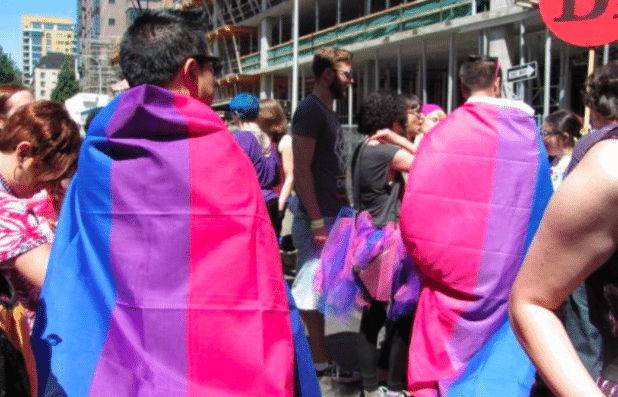 A Google team has apologized for incorrectly banning the use of the words ‘bisexual’ and ‘gay.’

Faith Cheltenham is the VP of BiNet USA, an American nonprofit organization for the bisexual community.

She tweeted a picture of an email she received yesterday about BiNet USA’s AdWords account being flagged.

Google AdWords told her they flagged the account because they were using ‘sexually explicit’ keywords.

The specific words mention were bisexual and gay.

In the email from AdWords, Cheltenham was told: ‘As promised, we have escalated a manual review of your AdGrants account and as a result, got to know that the account has been flagged for Non-Compliance of Google Ad-Grants Mission-based campaign policy, because you are using sexually explicit keywords (bisexual, gay, etc) in your account.’

Read the email below

It took years to get the word bisexual unbanned by @Google . Disappointed today to see that @adwords again considers the words “#bisexual” and “#gay” too dirty to use in the work @BiNetUSA does to save lives from suicide, abuse and harm. #bisexualerasure pic.twitter.com/m6GdOuMy3I

Cheltenham said she was ‘disappointed’ that AdWords felt the words were ‘too dirty to use.’

They said they apologized for the ‘mistake.’

They work similarly to Google AdWords, however work directly with nonprofit organizations.

Google Ad Grants and Google AdWords provide websites with internet ads through which they can earn money.

Cheltenham then posted to Twitter another email she had received during an exchange with Google Ad Grants.

They explained a single word keyword is ‘too broad to mach Grant ads with users.’

Read the second email below

Okay @Google. That was quick. Thank you for reinstating the account of @BiNetUSA and affirming that words “bisexual” and “gay” are both relevant search terms and identities to take pride in. Thank you for apologizing. Thank you for fixing @adwords and let’s not next time? ?? pic.twitter.com/d0NIqoOZ5w