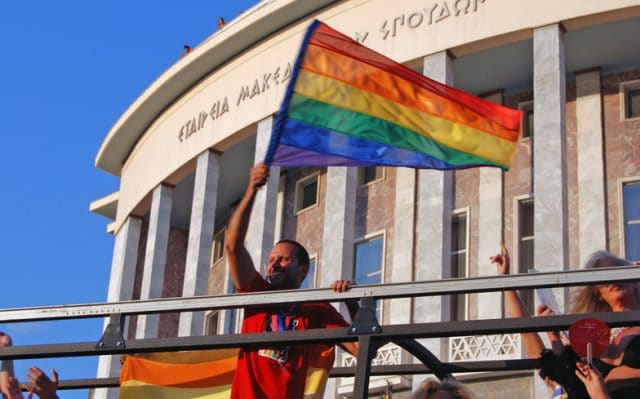 However the ban on same-sex couples adopting still stands…

In a landmark move, Greece’s Hellenic Parliament has voted to allow same-sex couples in civil partnerships to foster children by 161-103 votes. However, despite the passing of the milestone legislation, a ban on same-sex couples adopting children in the country still stands.

When pressed on why he hadn’t legislated for same-sex couples adopting children, Tsipras said: “Fostering provides for the return of the child to its natural parents, who must retain contact with the child during its fostering time.

“It would not be an exaggeration to say that fostering is an act of altruism, solidarity and service of those who choose it.”

He then added that foster parents “choose to give to a child without acquiring rights to it. And this is done through a notarial deed, after required procedures have advanced.”

Although Greece typically lags behind in the advancement of LGBTQ-rights, this new bill is at least a step in the right direction. Since 2015, the country has introduced civil partnerships for same-sex couples, passed legislation that protects LGBTQ people in the workplace, and made it easier for transgender people to transition.

A Dioneosis poll conducted in the country in 2016 show a divided one when it comes to the advancement of LGBTQ rights. A poll found that 50% of people favoured the legalisation of same-sex marriage, with the majority of those in support being aged between 17 and 24.

However, when it came to same-sex couples adopting children, 72.5% of people were opposed to the idea, but when the results looked only at the responses that young people gave, support rose to nearly 50%.