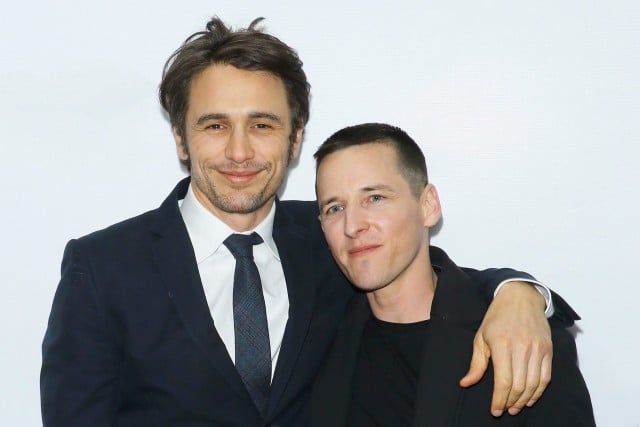 There’s been a lot going on in the world of gay James Franco, as the actor revealed there are two versions of his. “Gay in my art and straight in my life,” James Franco added to the statement that he is a little gay.

“But if your definition of gay and straight is who I sleep with, then I guess you could say I’m a gay cock tease,” he continued.

James Franco has been teased about his obsession with gayness over and over again. He said that he is gay in his art, that is why you’ll hear him screaming “fuck that ass!” in King Cobra.

When asked in an interview about the hot studs he cast for the movie, Justin Kelly revealed that he is still amazed that actors such as James Franco and Christian Slater went for his wild script, and even further with gay sex scenes.

“It was definitely very wild. Once the script was ready to go out and I was trying to read it as an outsider a little bit, I was just like, “This is so insane. What the fuck am I doing?” I mean, James Franco saying, ‘Fuck that ass.’ It’s crazy and I didn’t know what to expect,” Kelly said.

“I expected people to say I was insane. It was actually, cheesy as this might sound, meant to be. Everything came together so fast. The first conversation James and I had about was last May. It’s unheard of for a movie to come together in under a year,” he continued.

This is not the first gay experience for James Franco, and for sure, not the last one.