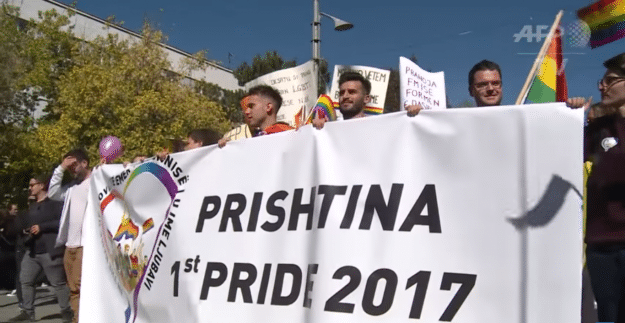 Kosovo held its first ever pride parade despite threats of violence.

The parade, dubbed The Name of Love, was the first organized and previously announced march. Three earlier LGBTQ marches held in the country did exist, but they were more spontaneous in nature.

The march itself started at Pristina’s central Skanderbeg Square. Participants then marched for some 500 meters while chanting “There is no gender in love” before reaching Zahir Pajaziti Square where a concert was held.

U.S. Ambassador Greg Delawie was among the crowd by the end of the march and spoke of the general feeling of love in it.

“I am so happy to see so many people today, so many supporters,” Delawie told participants. “I want you to know that the U.S. Embassy stands with you.”

But on top of all the love and acceptance that was met at the parade, the European territory’s president attended the event (though not the march itself).

President Hashim Thaci even spoke at the event and said:

“We will not allow anyone in Kosovo to impose fear and threats against any individual or against any group.”

That said, this joyous event is at the epicenter of a very hostile country towards LGBTQ people.

A study of the U.S.’s National Democratic Institute found that Kosovo is the region’s most homophobic country, with members of LGBTQ community dealing with substancial discrimination.

In addition, the organizers of the event received several threats of violence before it took place, and several “revolted citizens” messaged media outlets warning others to avoid the event or “share the same fate with those who go out on that day.”

Thankfully, no attack was held, but there is still concern for LGBTQ people in the country after the fact. 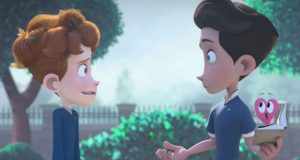 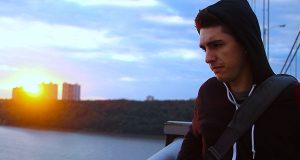