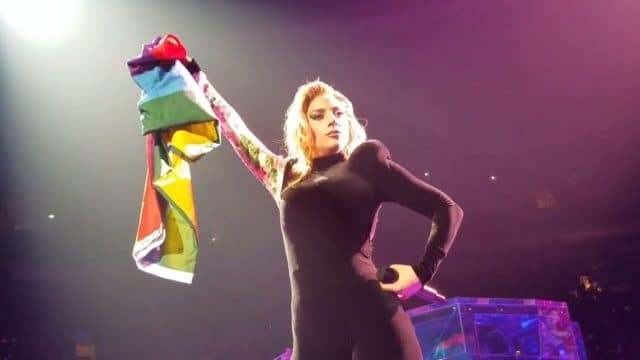 Talk about a show of love.

Lady Gaga kicked off the Joanne World Tour in style on Tuesday night (August 1), treating fans to an epic show of love as she launched into a hit-packed setlist which included tracks from across her almost decade-long career.

And while getting to grips with a brand-spanking new show might be enough to keep most artists occupied for an evening, Mother Monster managed to break with proceedings halfway through the show to launch into an impromptu tribute to the LGBT community.

After the 31-year-old singer noticed a fan hurling a rainbow flag over the barrier towards the stage, she asked one of the show’s security guards to retrieve it for her, before proudly holding it up in the spotlight for the cheering audience of thousands to see. 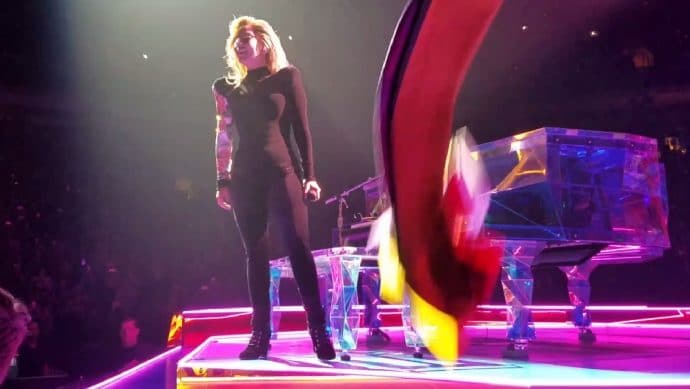 “Needless to say, I have a lot to say about this issue,” the singer told the crowd, before draping the flag over her piano stool.

She then quoted the next song on the show’s setlist, ‘Come to Mama’, saying: “But the most important thing that I have to say about it is that everybody’s gotta love each other.

“You got to stop throwing stones at your sisters and your brothers. Cause now, it wasn’t that long ago we were all just living in the jungle.”

Gaga poured out her heart on Twitter after the show, thanking fans for their love and support.

“I can’t express to you the joy it brought me to be reunited w/ monsters & fans,” the 3`-year-old wrote. “The room was filled with love & fun.”

I can't express to you the joy it brought me to be reunited w/ monsters & fans. The room was filled with love & fun. ???? #JoanneWorldTour https://t.co/OU1EUvPmXp

Gaga will be taking the Joanne World Tour around North America during August before heading to Europe next month. The singer is set to play five UK dates in London, Birmingham and Manchester in October before heading back to the US for another two months of shows.

Check out the full setlist for the Joanne World Tour’s opening night below: