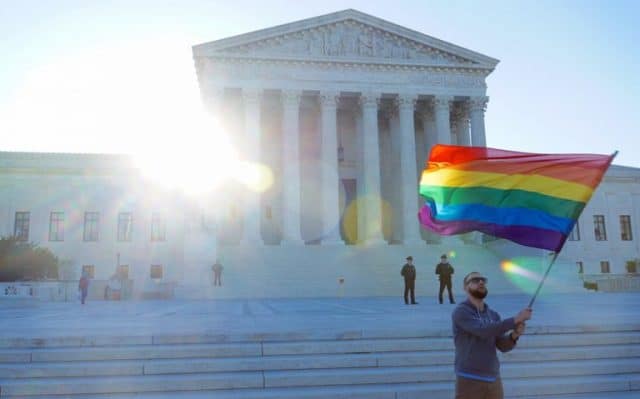 A link has been found between the legalisation of same-sex marriage in the US and a drop in youth suicide attempts.

Researchers at the John Hopkins University say suicide attempts by high school students fell by an average of 7% after marriage equality was introduced, with a 14% drop among gay, lesbian and bisexual teenagers.

Julia Raifman, co-author of the research, said: “These are high school students, so they aren’t getting married any time soon, for the most part. Still, permitting same-sex marriage reduces structural stigma associated with sexual orientation.

“There may be something about having equal rights – even if they have no immediate plans to take advantage of them – that makes students feel less stigmatised and more hopeful for the future.

“We can all agree that reducing adolescent suicide attempts is a good thing, regardless of our political views. Policymakers need to be aware that policies on sexual minority rights can have a real effect on the mental health of adolescents.”

The research team analysed figures from more than 760,000 students collected between 1999 and 2015, examining data from before and after 32 states passed same-sex marriage laws.

Ellen Kahn, director of the Children, Youth and Families Program at the Human Rights Campaign, explained that LGBT+ teens carry an “emotional burden” when they don’t feel safe or valued in their community.

She said: “What we can learn from this study […] is that the convergence of a supportive family, a safe and welcoming school, legal protections, and being equal in the eyes of the law can provide the foundation necessary to thrive and flourish into adulthood.”

According to the Trevor Project, suicide is the second leading cause of death among young people aged 10 to 24, and the rate of suicide attempts is four times greater for lesbian, gay and bisexual youth than straight youth.