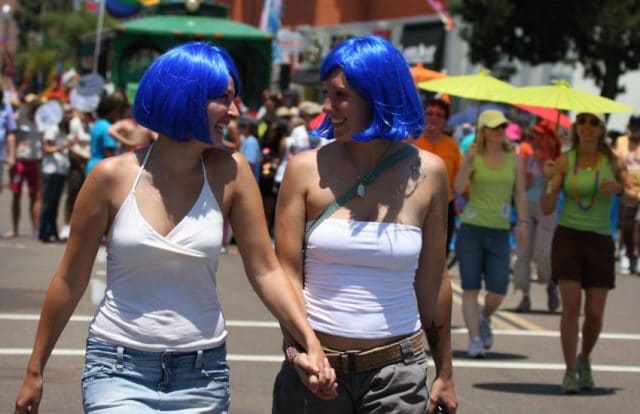 Study asks 1,509 straight people what they think about lesbians

Conducted by Menelaos Apostolou at the University of Nicosia in Cyprus, the study asked 1,509 heterosexual people a series of questions about same-sex attraction.

It found 34.3% of straight men prefer a partner attracted ‘predominantly to members of the opposite-sex but occasionally of the same-sex.’

Only 7.8% of straight women echoed this sentiment to the same question.

This means, it hypothesises, it’s possible that lesbians exist in order to please men.

‘In addition, men were more sexually excited than women by the same-sex infidelity of their partners, and they desired more than women, their opposite-sex partners to have sex with same-sex individuals,’ it concluded.

Apostolou believes it’s one possible theory why ‘about one in five women experience same-sex attraction.’

He told Pink News: ‘I can’t really see how cultural factors would make some men be turned on when their partners tell them I want to have sex with another woman.

‘These kinds of sexual traits are more instinctive. It’s a mechanism that has been selected to serve a purpose, to make you reproduce,’ he said.

She said: ‘What’s that I can smell? Oh yes, it’s patriarchal bullshit.

‘Seriously, aren’t there other things he could be studying?’ She wrote.