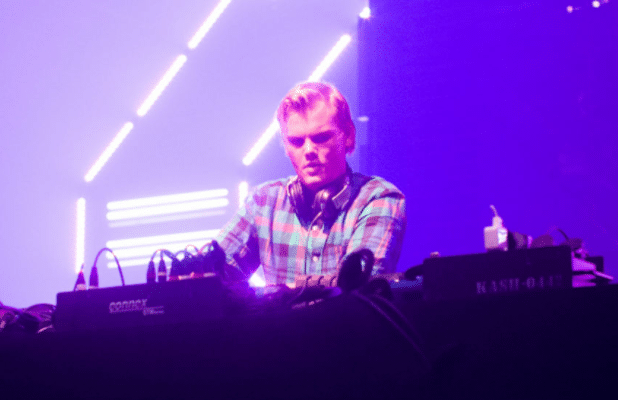 He died at just 28 years old

LGBTI celebrities are taking to social media to express their condolences over the death of Swedish DJ Avicii.

His publicist Diana Baron said in a statement: ‘It is with profound sorrow that we announce the loss of Tim Bergling, also known as Avicii.

‘He was found dead in Muscat, Oman this Friday afternoon local time, April 20th. The family is devastated and we ask everyone to please respect their need for privacy in this difficult time.’

She also added: ‘No further statements will be given.’

The cause of death is not yet known.

‘I will miss you so much’

As soon as the news broke, celebrities took to social media to express their deepest condolences for the young singer.

Madonna tweeted a photo of herself and Avicii with the caption: ‘So sad… so tragic. Goodbye dear sweet Tim. Gone too soon.’

DJ and Orange is the New Black actress Ruby Rose previously toured with Avicii. She said on Twitter: ‘I can’t even begin to comprehend this.

‘I adore you and I loved traveling and touring Europe with you. You were my friend and a beautiful person. Vegas and Ibiza memories will always be so special to me. RIP you were magic.’

She then tweeted: ‘Tim got me my residency at Vegas and Tim got me to support him during his tour when he announced it as his last. Tim gave me so much through his music and through his spirit. I will miss you so much Mr Mans.’

Adam Lambert simply posted a photo of him with Avicii and wrote the hash tag: ‘RIP Avicii’

Years and Years frontman Olly Alexander retweeted a message from Dua Lipa. She said: ‘Such sad news to hear about Avicii passing. Too young and way too soon. My condolences go out to his family, friends and fans.’

Perez Hilton posted a tweet about listening to Avicii’s greatest hits in honor of the Swedish DJ.

Close friend Calvin Harris said: ‘Devastating news about Avicii, a beautiful soul, passionate and extremely talented with so much more to do. My heart goes out to his family.’