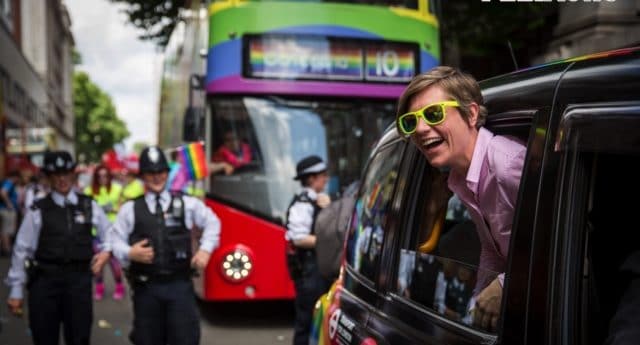 Pride in London will take place in central London this Saturday – and it’s set to be one of the biggest ever.

A million people are expected to line the streets for the event, with lots of different groups from across the LGBT spectrum taking part.

This year’s march also has a very special significance.

July marks 50 years since homosexuality was decriminalised by in England and Wales, the first step in the long road to equality.

The full festival for Pride in London takes place from Saturday June 24 to Sunday July 9.

What is the route for the Pride in London march?

The pride march takes place from 13:00 until 16:30 on Saturday July 8 across central London (the music, bars and partying will continue long after). 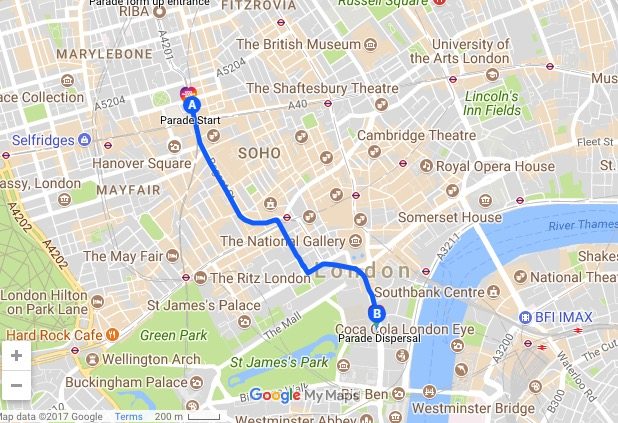 To the BBC Broadcasting House,

Down Langham Place to Oxford Circus,

Across Piccadilly to Pall Mall,

Individuals cannot take part in the parade itself, and the official parade is full with 26,500 people taking part.

But fear not – absolutely anybody can line the streets to celebrate the parade and embarce pride.

For the first time ever, Pride in London has organised a seated Grandstand, located on Waterloo Place, for the most beautiful views of the July 8 march.

What are the changes to the tube, bus and travel?

All underground lines are expected be working as normal on the day.

Some will be especially busy, such as Baker Street station, which is most people gather who are participating in the pride march.

For updates on changes it’s best to follow @LondonLGBTPride and @TfLofficial to stay informed of travel routes and any changes.

What should I wear to Pride in London?

Anything you want – literally!

One of the best things about pride is how open and accepting it is, so feel free to wear literally whatever you feel most comfortable in.

If you want to get dressed up for the parade, branches of Starbucks will be doing ‘Glam Stops’ with Gypsy Shrine along the route.

Their brances on Wardour Street, Princes Street, Portland Street and Conduit Street will be offering the Glam Stops, while nine stores along the route will be offering Frappucinos topped with rainbow coloured heart sprinkles.

What events have been organised for Pride in London 2017?

Pride in the Park

Come to Vauxhall Pleasure Gardens and enjoy live music and spoken word with UK Black Pride. There’ll also be a cake baking competition, sports events – and even a dog show at 4pm.

This is one of the most popular and iconic areas, and close to where the parade finishes. It takes place on Saturday, July 8 and features music and inspirational speakers. 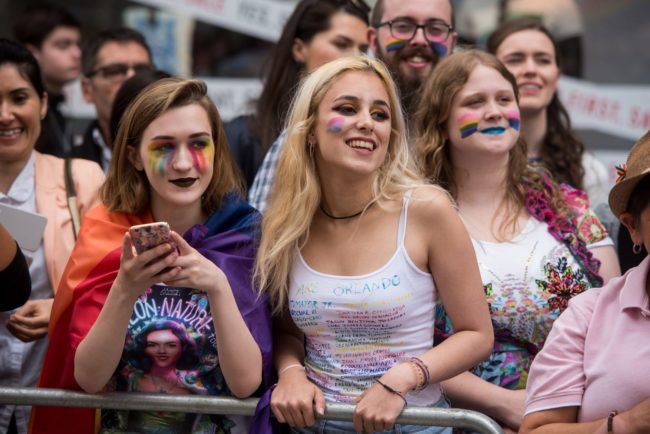 This year, look out for X Factor finalist Saara Aalto, Amber Riley, Fleur East and The London Gay Big Band, plus the finalists from Pride’s Got Talent.

Community Stage
This stage is a platform for charity and not for profit groups.

Family Stage
AKA Illumination Square, this is where it’s at for family entertainment. There’ll be balloon makers, face painters, bouncy castle, karaoke, performances from Big Fish Little Fish and Pride’s Got Talent stars, as well as photo opps with the Minions from Despicable Me 3.

Radio Diva Women’s Stage
Taking place at Leicester Square, there will be a live broadcast from Radio Diva as well as other acts on stage, including Betty, Heather Peace, and Sinitta.