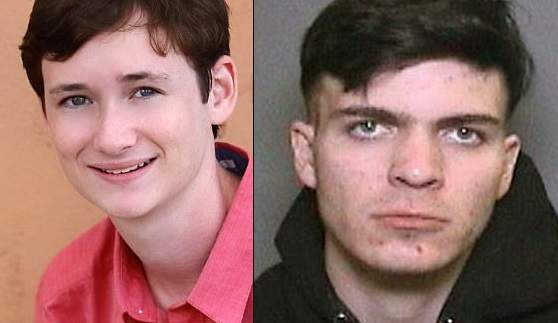 Last week, we shared with you the story of Blaze Bernstein and Samuel Woodward.

Now, we have new information that Woodward has ties to several neo-Nazi and extremist groups.

Bernstein, who was an Ivy league student at the University of Pennsylvania, was visiting his family in California at the start of January. During that time, Bernstein went missing and his family looked towards the police to help find him.

Unfortunately, Bernstein’s body was found in a park a few days later and it appeared he had died of about 20 stab wounds.

Later, police connected a former high school classmate of Bernstein’s, Woodward, to the crime. Not only were DNA tracings found on his car and his fingernails chipped and covered with dirt, but they also found out that Woodword had met with Bernstein the night he went missing.

While at first Woodward said he dropped Bernstein off at home and then went to his girlfriend’s house (who’s name and address he couldn’t remember), he later confessed to his crimes.

In addition, some suspect Woodward’s motive was because Bernstein shared the fact that the two had kissed with friends and said that he was going to pursue Woodward while they were on break from school.

That might not be all to the story however, as now the Advocate reports that Woodward is, in fact, a neo-Nazi and Berntein was Jewish.

This news comes from two of Woodward’s friends. They say that Woodward is a member of an alt-right group called Atomwaffen Division.

Atomwaffen Division has been tied to a bomb plot and to four other murders in the past eight months, according to ProPublica.

While Woodward is awaiting arraignment on Feb. 2, he has yet to enter a plea. If found guilty, he could face up to 26 years to life.