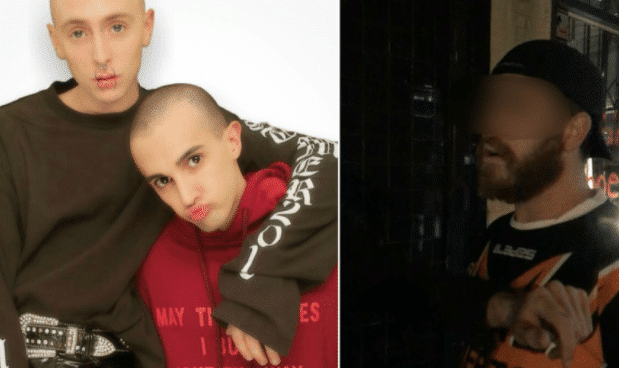 A Sydney man was hospitalized after his arm was broken in an alleged homophobic attack.

Adrian Kalaiziovski and his husband, Kurt Johnson, were getting out of an Uber on Monday night (29 April). They were in the inner-city suburb of Redfern when the man allegedly started hurling abuse at them.

‘He called us faggots for a good 5 minutes and continued to taunt us and antagonise us,’ Johnson wrote on Facebook.

Once the altercation died down and the couple walked away from the man, he decided to allegedly follow them again.

‘This “hero” came around the corner looking to start a fight by asking “one of you faggots got a lighter”,’ Johnson wrote.

‘Things got heated and he ended up attacking my husband and broke his forearm. Adrian is currently in hospital awaiting surgery as the break needs pins to support it.’

Sydney is one of Australia’s most gay friendly cities and is home to the Sydney Gay and Lesbian Mardi Gras, the biggest LGBTI Pride event in the Southern Hemisphere.

Johnson said he could not believe he and his husband were the victims of an alleged homophobic attack.

Johnson shared a photo he took of the man on Facebook and asked people to help identify him.

‘If you can share this so we can try and have this homophobe brought to justice, that would also be a help,’ he wrote.

The couple are doing ‘fine’ as they await Kalaiziovski’s surgery. Johnson said the staff at the RPA Hospital in Sydney were treating them very well.

Gay Star News has reached out to the couple and New South Wales Police for comment.