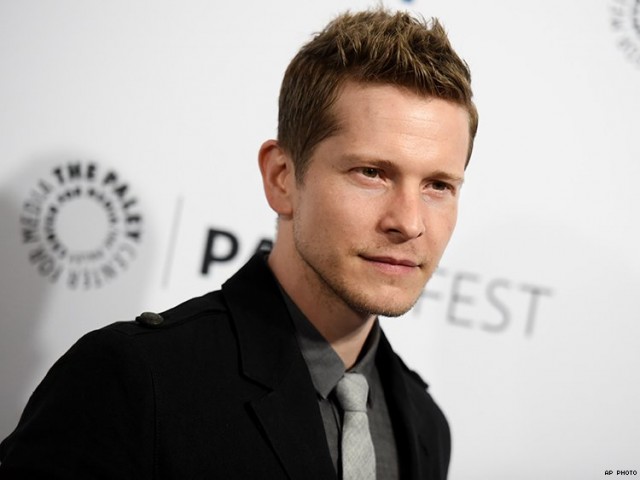 The Good Wife and Gilmore Girls star, Matt Czuchry has recently participated at an event organized by the Tribeca Film Festival and he made some interesting revealings.

One is that he met a fan of his at the gym locker room, and the guy was… naked.

“I got recognized in a locker room one time in a gym by a naked man. I was sitting down, and he was standing up. He loved The Good Wife. Things were flopping in all sorts of [directions]. That was a pretty good one. I had no idea what he said to me, by the way.”

He also mentioned that he loves all his fans, “no matter where they’re from, or what color skin that they have, or what their sexual preference is'” and that his fans are the reason he does what he does.

“I have so many great fans,” the actor said. “I have a chance to connect with people who I’ll never meet but get a chance to make a deep connection through the work that I do,” he continued. For Czuchry this connection is “having a moment that makes them think about something differently.”

So freaking in love with this photo. Adorable! ? || #mattczuchry #johncabrera #gilmoregirls

Regarding his character from The Good Wife, Czuchry talked about its relationships, and how that should also reflect in the real world. In the CBS show, Czuchry portrays Cary who is in an open relationship with a bisexual woman, Kalinda.

“It’s just this is Cary, this is Kalinda, there are two people who are together and they’re just trying to figure it out,” he said. “And to me, that’s the way it should be in the real world.”

Czuchry has also sent a message to states like North-Carolina that stay in the way of equal rights: