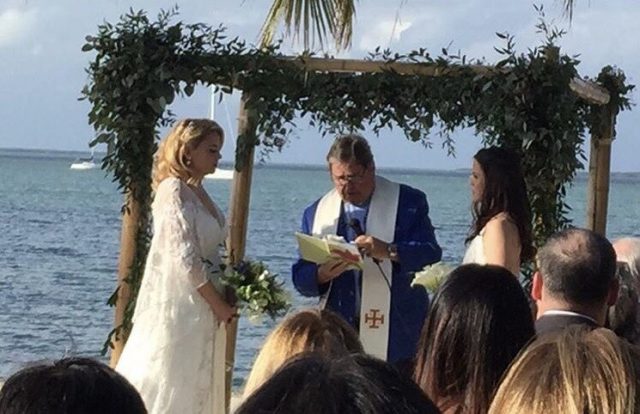 In an article posted by Miami’s Local 10 News, a first-grade teacher in Miami has been fired after posting pictures on her social media of her wedding to another woman.

Jocelyn Morfii, a teacher at Saints Peter and Paul Catholic School, where she had worked for seven years, says she was abruptly fired after making her marriage public.

“This weekend, I married the love of my life and, unfortunately, I was terminated from my job as a result. In their eyes, I’m not the right kind of Catholic for my choice of partner.”

Parents of students in Morfii’s class, including Ricardo Oviedo, did not agree with the decision:

What she does at home — that’s none of our concern. The fact is, she maintained a high moral standard at school and was inscribing in our kids a sense of community and love.

Oviedo was one of several parents of students in Morfii’s class who gathered outside the school Friday morning to protest her firing. They praised her as “a great teacher” and said they were aware of her sexual orientation and that it made no difference to them.

But a spokeswoman for the Archdiocese of Miami, Mary Ross Agosta, said Morfii was fired because “she broke the contract she signed when she began teaching at a Catholic school.”

Should this be tolerated at school that preaches love?

“You know, to be a Catholic, you’re taught to be forgiving. But if you’re gay, forget about it,” said Cynthia Cini, the mother of a student. “But love is love.” 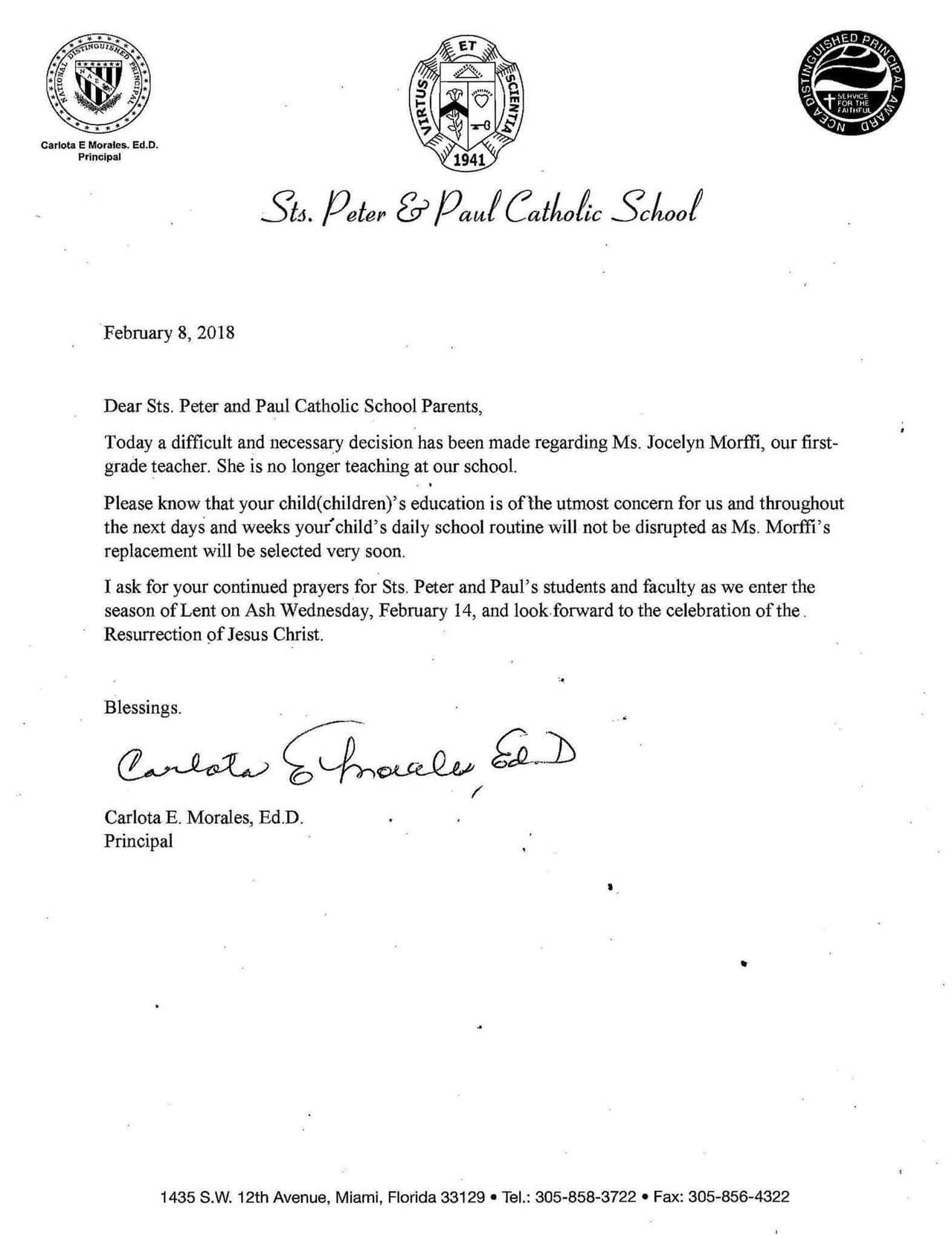