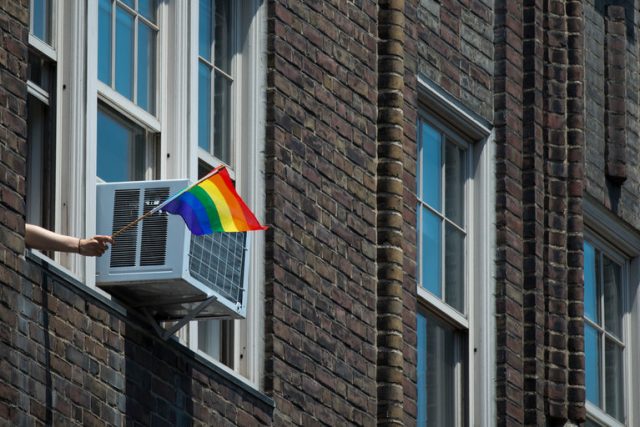 WASHINGTON — The White House said on Monday that President Trump would leave in place a 2014 Obama administration order that created new workplace protections for gay, lesbian, bisexual and transgender people.

In a statement issued in response to growing questions about whether Mr. Trump would reverse the Obama order, the White House said the president was proud to embrace gay rights.

“President Trump continues to be respectful and supportive of L.G.B.T.Q. rights, just as he was throughout the election,” the statement said. “The president is proud to have been the first ever G.O.P. nominee to mention the L.G.B.T.Q. community in his nomination acceptance speech, pledging then to protect the community from violence and oppression.”

The decision to keep the order, the statement added, was Mr. Trump’s. It uses stronger language than any Republican president has before in favor of equal legal protections for gay, lesbian, bisexual and transgender people, though that is not likely to quiet Mr. Trump’s critics on the left.

The move could also anger conservatives who had hoped a Republican president would end some socially liberal policies.

While Mr. Trump remains opposed to the right of same-sex couples to marry, he has been more open to it than many in his party. But there could be another political cost to his decision: On the eve of the announcement of his pick to fill the vacant seat on the Supreme Court, it could reopen the divisive debate over same-sex marriage and transgender rights, and subject his nominee to more scrutiny over his or her views on those issues.

Leaving those protections, of course, does not preclude another executive order that would roll back gay rights in other areas. Mr. Trump could, for example, still enshrine a religious freedom provision in federal policy.

Gay rights advocates seemed unimpressed. Chad Griffin, president of the Human Rights Campaign, said Mr. Trump was setting a low bar by claiming credit for not overturning the actions of his predecessor.

“L.G.B.T.Q. refugees, immigrants, Muslims and women are scared today, and with good reason,” Mr. Griffin said. “Donald Trump has done nothing but undermine equality since he set foot in the White House.”