Home Gay Life Other Flags Flying, But Pride Flag Must Come Down? 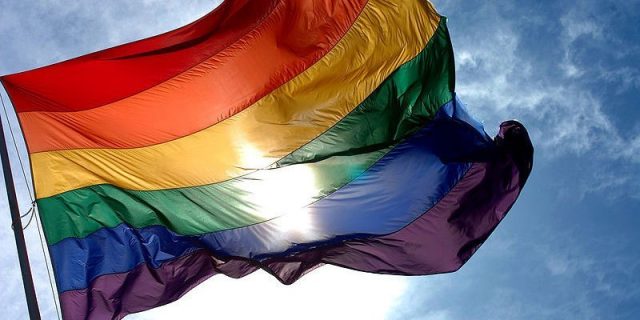 A gay couple in Oak Creek, Wisconsin, have been ordered to remove their Pride flag from the outside of their apartment home or be evicted.

Kevin Kollman and Merle Malterer told their local NBC News affiliate they received a note from their landlord at the Country Oaks Apartments on Wednesday informing them flying their Pride flag outside their home was a breach of their lease.

They were given five days to remove the flag.

“It’s a symbol of America, it’s a symbol of our pride in America,” Kollman told NBC2. “Personally, I feel like we’re being singled out here because of what it is.”

When contacted by NBC2, the landlord said the conflict wasn’t a ‘discrimination issue’ but an issue with the appearance of the property.

According to the landlord, “No one is allowed to have flags anywhere, and it’s against the lease agreement.”

The couple was asked in January to remove a Packers flag as well. 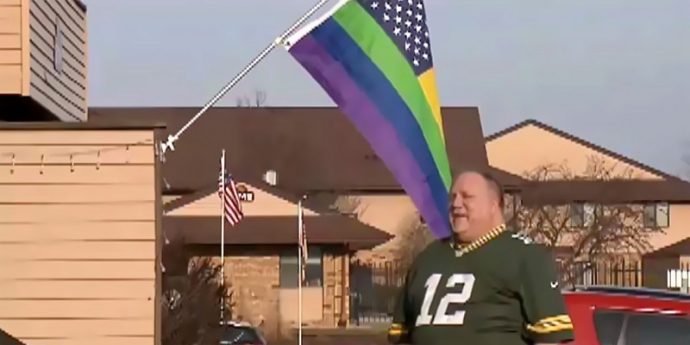 A neighbor in the apartment complex, Ken Miller, flies flags outside his apartment and hasn’t received the same written warning.

In the NBC2 report, several flags could be seen throughout the complex.

Kollman and Malterer say they aren’t backing down, and will continue to fly their Pride flag.

The couple told NBC2 they are looking into possible legal action.