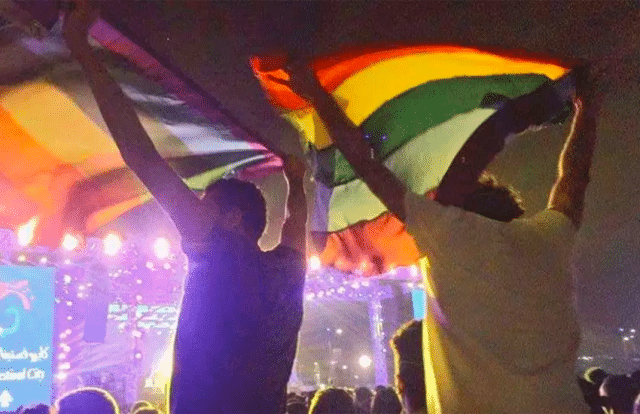 Public prosecutors are now examining the evidence. But if found guilty, the seven men could face two years in jail.

After the gig, LGBTI Egyptians excitedly shared pictures of at least five rainbow flags flown in the crowd.

‘22 September 2017 was a historical day. As for the first time in history of Egypt, young people of the LGBTQ community raised rainbow flags in the Cairo sky, at Mashrou’ Leila’s concert, declaring our existence and right to live freely and proudly.’

But the authorities decided to crack down on what Egyptian media is describing as ‘the promotion of corruption and immorality’.

Detectives reportedly scanned CCTV footage to identify people they thought were responsible for flying the flags.

Police arrested seven people and have referred the case to public prosecutors. 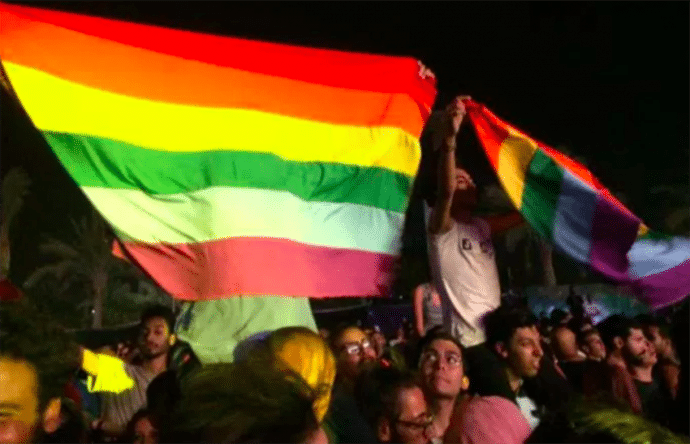 Meanwhile Egyptian media have described the incident as a scandal. And one Egyptian MP branded it a ‘disaster, and contrary to religions, values ​​and behavior’.

Meanwhile on social media, many Egyptians have responded with anger to the peaceful protest.

One wrote: ‘How did the country allow this gay band to enter Egypt? And then if you allow this party to be organized, the media must film them so they can be shamed in front of their families.

They should be locked up.’

The debate has sparked false claims that western governments are trying to force Egypt to legalise same-sex marriage.

Actually, Mashrou’ Leila’s fans have flown a rainbow flag at one of the band’s Cairo concerts before.

In March 2016, lead singer Hamed Sinno praised a fan who waived a flag in the crowd.

He said: ‘There was a rainbow flag in the audience tonight. In Cairo. A rainbow flag, in public, in Cairo. Say what you like about homonationalism, homonationalism, globalization and hegemonic identities and post-coloniality; I’m still fucking proud. Whoever you were, your courage is bloody inspiring.’ 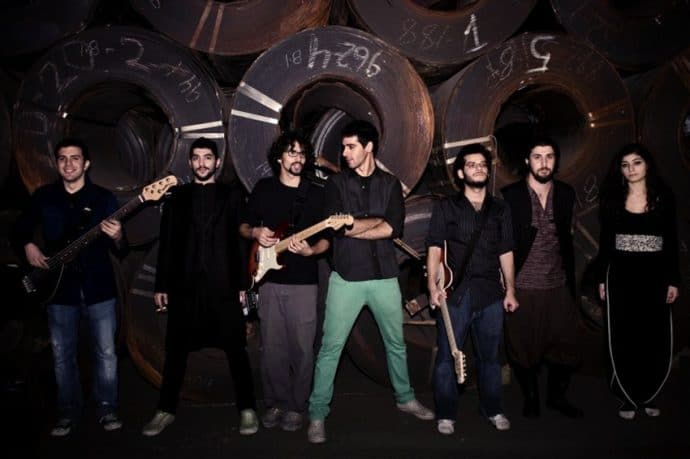 Some musicians are now calling for Mashrou’ Leila to be banned from performing in Egypt. Jordan already bans them, the band says.