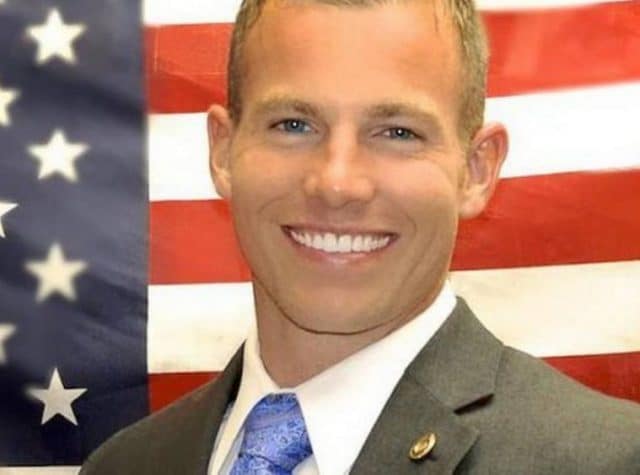 This is how bad things are for LGBT people in Missouri — an antidiscrimination bill just failed, legislation making it harder to sue your employer for bias just cleared the legislature, and a state representative just called gay people subhuman.

During the debate over the antidiscrimination bill this week, Rick Brattin of Harrisonville, a 36-year-old Republican, voiced vehement opposition. He said the following on the House floor in Jefferson City:

“When you look at the tenets of religion, of the Bible, of the Koran, of other religions, there is a distinction between homosexuality and just being a human being.”

Brattin has not apologized and was not reprimanded. He will continue to torment the people of Missouri; he’s previously pushed to teach creationism in public schools and tried to force women to get approval from the fetus’s father for an abortion, save for cases of “legitimate rape.”

Even though The Kansas City Star condemned Brattin’s antigay words in an editorial, the editors did not call for his ouster, only saying he should apologize.

Meanwhile, the antidiscrimination bill, which would have added employment and housing protections for LGBT people, failed. Another piece of legislation that would make it harder for people to sue their employer for discrimination did pass and now sits on the desk of Republican Gov. Eric Greitens. That latter legislation was introduced by a politician who owns a company currently being sued for discrimination.