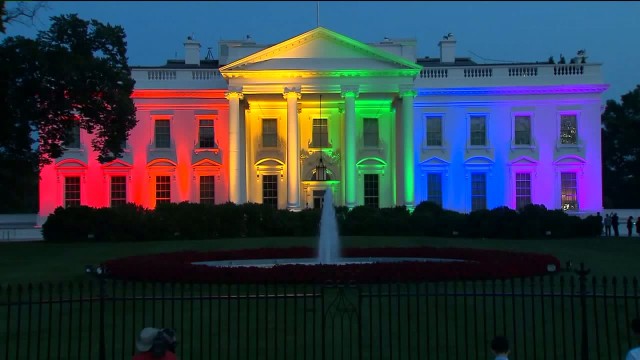 On Friday, June 26, 2015, people across the United States celebrated the U.S. Supreme Court’s ruling that same-sex couples had the constitutional right to marry in all 50 states. The historic win was even more sweet because it came in June, which also so happens to be National LGBT History Month! Several U.S. landmarks celebrated the Supreme Court’s historic ruling by lighting up local landmarks in rainbow colors.