Out actors Sara Ramirez, Asia Kate Dillon and Charlie Carver are scheduled to speak at the accompanying rally.

Organizers have released details for this Sunday’s Equality March for Unity and Pride in Washington D.C. and say it will include a march on the National Mall and a rally of LGBT speakers. 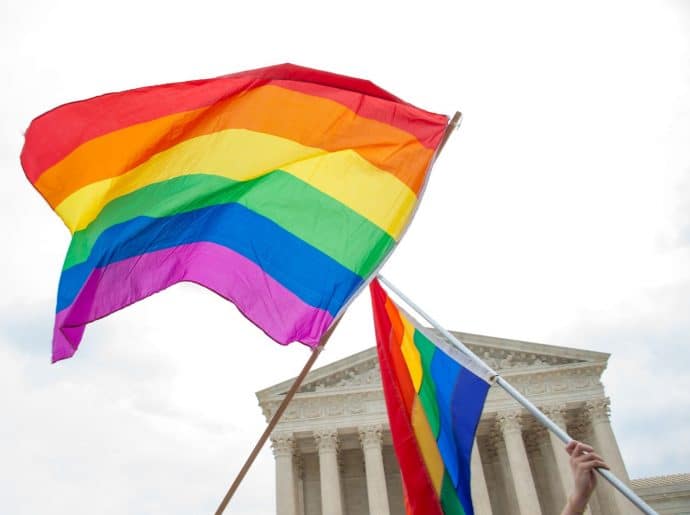 The idea for the march was conceived back in January following the success of the Women’s March on Washington and is set to amplify the voices of queer resistance in the face of an anti-LGBT White House.

“The Equality March and sister events across the country, will give voice to our concerns, and support, uplift, and bring attention to those in our communities who are targeted due to immigration status, ethnicity, religion, skin color, gender, and disability,” said David Bruinooge, Founder of the Equality March for Unity & Pride.

“Each speaker, in their own way, will address how progress has been made over the past decade in the ongoing fight for LGBTQ+ inclusion, access, and justice, and what work remains to be done. It’s our time to march and fight to affirm and protect our rights, our safety, and our full humanity.” 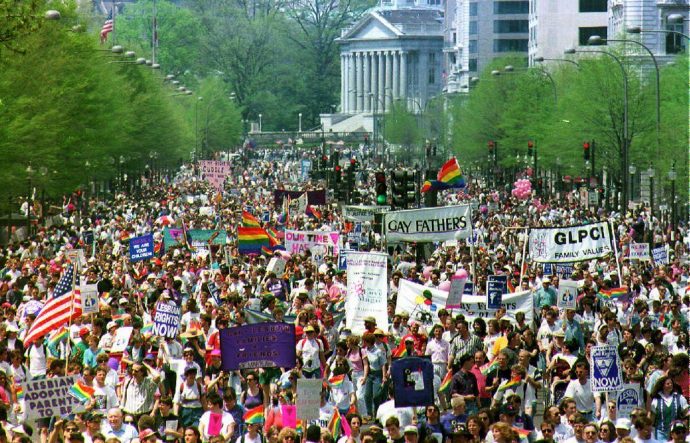 While it’s unclear how many people will show up in support of the march, the Washington Blade reported that Capital Pride organizers are preparing to accommodate hundreds of thousands of attendees. Sister marches are planned in more than 60 cities across the country where activists will march in solidarity with those in the capital.

“I think we’re in great shape,” Capital Pride President Bernie Delia told the Blade. “We have a strong team. Things have been well planned and well executed and I think it’s going to come off beautifully.”

“I think people want to come,” he continued. “They want to participate. They want to be together. We saw that last year. On the day of the festival we had an increase in the number of people. And I suspect that we will have a larger number this year than we did last year.” 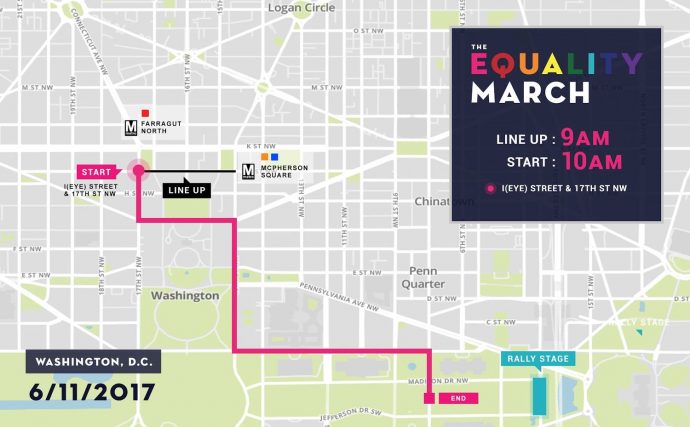 The Equality March for Unity and Pride will be held on Sunday June 11 on the eve of the first anniversary of the Pulse nightclub massacre. Line up starts around 9 am at I Street between 17th and 14th Street NW and will officially begin at 10.