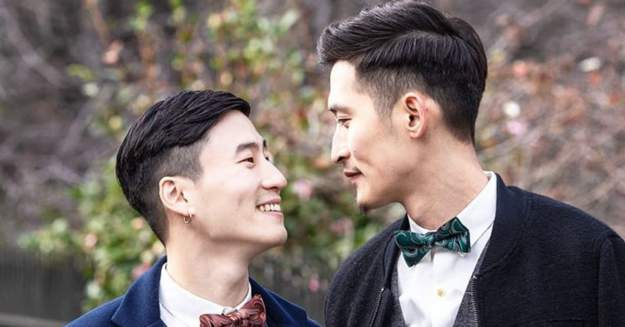 We’ve kept you updated on the entire situation surrounding Taiwan and its legal battles towards marriage equality. Despite the country’s highest court stating that the Civil Code’s definition of marriage, being between a man and a woman, was unconstitutional, religious groups are fighting to keep the definition that way.

After making that historic ruling in 2017, Taiwan’s parliament, the Legislative Yuan, was tasked with creating a new law that would overrule the old one or updating the old Civil Code to match the court’s ruling. Unfortunately, the parliament was given till the start of 2019 to enact this law.

While the parliament made sure to take the full two years, religious groups have been advocating for an overruling of that court decision.

Religious groups in Taiwan started working towards a referendum earlier this year, and now it looks like they got it.

Conservative group, the Happiness of the Next Generation Alliance, has been petitioning for a referendum (or public vote) on marriage equality and the legal definition of marriage.

According to the Japan Times, the organization got enough signatures for the second round and the referendum was approved earlier today. Even worse, the election commission has also agreed on a referendum focusing on LGBTQ education in schools.

LGBTQ activists have expressed being upset by this turn of events, but as Jennifer Lu, the coordinator of Marriage Equality Coalition Taiwan, expressed, “We do not have time for disappointment.”

Lu has urged allies of LGBTQ citizens in Tawain to have “millions of conversations” on the topic and let everyone know that marriage equality is a good thing. In addition, she has urged citizens to show up and vote for same-sex marriage.

Perhaps this referendum will end up like Romania’s where citizens chose not to show up to vote on marriage equality. This then kept it from being blocked.

If the vote does take place in Taiwan, the situation could get sticky. Several polls before the historic court decision showed that the general populace was nearly split on the topic. With religious groups becoming more vocal to stop marriage equality, there is worry that they will incite more citizens to join them.

We’ll see what happens in Taiwan, the country that almost became the first Asian country to legalize same-sex marriage, as we get closer to the vote.