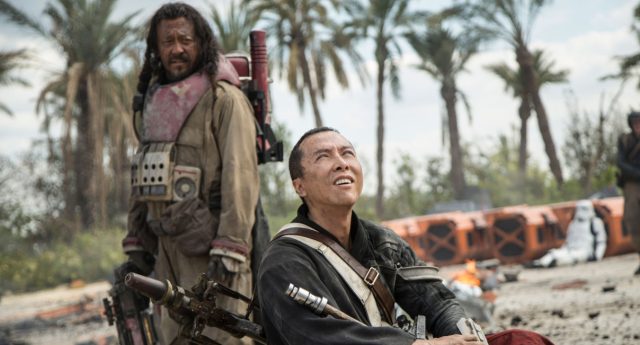 Speculation is growing online as to whether two key characters from the latest Star Wars film are depicted in a same-sex relationship.

Rogue One: A Star Wars Story has got fans asking whether a number of tender scenes shared by Chirrut Îmwe (Donnie Yen) and Baze Malbus (Jiang Wen) are intended to imply a romantic connection.

The latest instalment of the blockbuster franchise was released last week, with premieres in Los Angeles and London. Asked whether the scenes are supposed to signal a love interest, the film’s director, Gareth Edwards, refused to confirm or deny the intention.

“I don’t mind people reading into [Chirrut and Baze’s relationship],” he told Yahoo Movies, “I think that’s all good. Who knows? You’d have to speak to them”.

Ben Mendelsohn, the Australian actor who plays the dark side’s Orson Krennic, added that he was pleased audiences could read what they like into the film.

“I think Chirrut and Baze are an enormously entertaining part of this film. I found them thoroughly enjoyable. Any [gay] subtext, I think, is certainly … people like to enjoy these films on many different levels, and if people are enjoying it on that level – that’s it”, he said. Earlier this year JJ Abrams, director of Star Wars: The Force Awakens, said he thought it would be impossible not to include gay characters in upcoming films.

“To me, the fun of Star Wars is the glory of possibility,” he told The Daily Beast, “So it seems insanely narrow-minded and counterintuitive to say that there wouldn’t be a homosexual character in that world.”

It’s not the first time there has been questions over the sexuality of characters in the films. Last year’s film featured a close bond between Resistance pilot Poe Dameron (Oscar Isaac) and stormtrooper Finn (John Boyega) – with rumours spreading that filmmakers were setting up a gay romance between two of the space epic’s main characters.

Isaac added fuel to the fire by hinting at an undisclosed romance of some kind, adding: “I think it’s very subtle romance that’s happening. You know, you have to just look very close — you have to watch it a few times to see the little hints. But there was.” 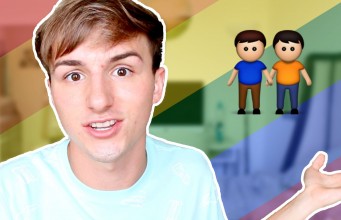 The Incredible First Moments You Knew You Were Gay (Sharing experience) 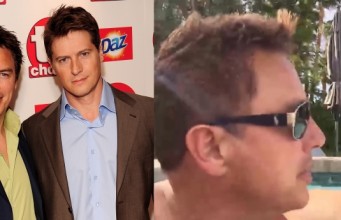 John Barrowman accidentally showed off his hubby’s “eggplant” to the entire Internet. (Video) 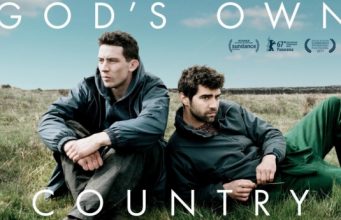