Home Gay Life Sally Field and her gay son come out to support the Equality... 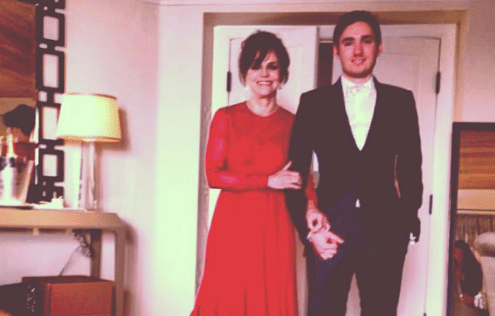 This legislation will protect LGBTI Americans

‘If I or any other LGBTQ person got in their car and drove from LA, where I am now, to DC, their rights could change depending on whatever states they drove through,’ Sam Greisman explains in a new video supporting the Equality Act.

The two teamed up with the Human Rights Campaign to advocate for the passage of the Equality Act.

This legislation, recently re-introduced by Democrats in Congress, extends civil rights protections to LGBTI people across the United States and makes them consistent.

Its language amends the Civil Rights Act of 1964. It would add sexual orientation and gender identity to the list of protected traits. If passed, it would prohibit discrimination in various areas, including employement, housing, public accommodation, and more on a national level.

‘Sam’s journey was just a different one than his older brothers,’ Field states in the video.

‘Being with him, watching him finally be able to be all that nature intended him to be, it was not an easy road for him. He wanted to be like his big brothers. Nature had given him other gifts.’

The pair talk about Greisman’s childhood and growing up gay. He explains he never grew up ‘afraid of being denied anything’ since he grew up in Los Angeles.

Field, however, is quick to correct and remind him that ‘society was still telling you that you weren’t going to be a sports broadcaster, which was your dream job’.

As the video continues, mother and son discuss the importance of the Equality Act, and how it will make LGBTI people feel safe and no longer ‘less than’.

The House of Representatives is expected to vote on the bill later this year.

Dad kills 14-year-old teen: ‘He would rather have a dead son than a gay son’