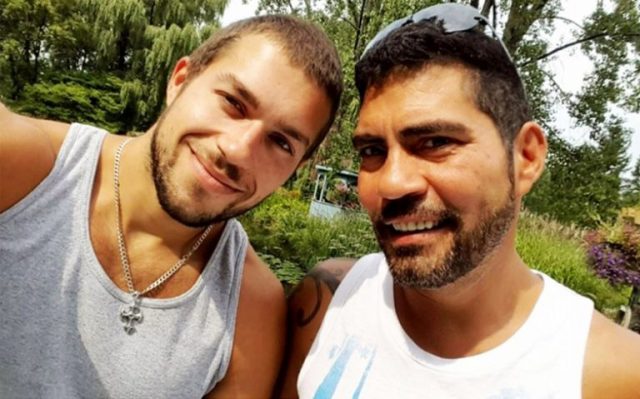 A Canadian same-sex couple have spoken out after a photographer refused to work their wedding.

Mike Cerantola and his partner Victor Rivas, from Montreal, told CTV News that they were refused service from Premiere Productions once the photographer found out that they were a same-sex couple.

Mike said: “I texted [Victor] and I was super excited, I was like ‘Look, we’ve found a good photographer’, I sent him a quote and he agreed with it, so we were trying to set up a meeting.”

When the photographer asked for details about the bride, Mike explained that there was no bride as they were a same-sex couple – and that’s when he told them he couldn’t work at their wedding.

The photographer wrote via email: “I regret that I cannot take this wedding because it is at odds with my personal religious beliefs. I’m so sorry and I hope you’re not offended.” Mike took to Facebook to express his disappointment with the photography company, and warned his friends and family not to use them if they’re part of a same-sex couple.

He wrote: “Anyone who knows me knows I’m relatively a nice person and would never be malicious… but being refused by a photographer to shoot my wedding because I’m gay hurt me a little.

“No sweat off my back… Gonna look for more, but raising awareness for others who are in the same Gay boat. Be aware, this company will turn you down if you are homosexual.”

Mike said he and Victor now have dozens of messages of support and alternative photographer suggestions to work through, after colleagues shared their story on Facebook.

Fo Niemi, executive director of the Center for Research-Action on Race Relations, told CTV that the photographer’s refusal is at odds with discrimination protections, and encouraged the couple to take legal action.

He said: “We have to stop this use of religion as a proxy to promote anti-gay bias.”