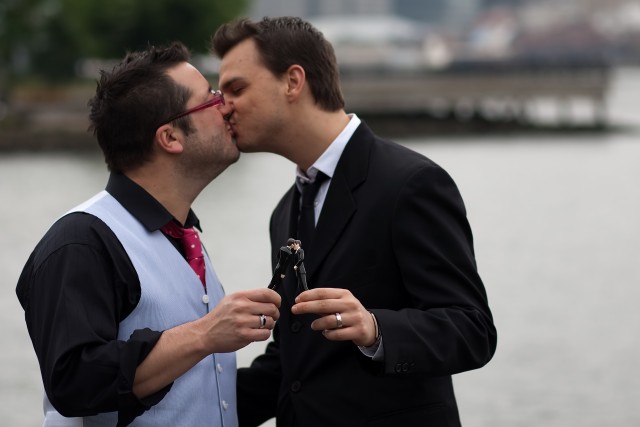 So, for those of us who live under a rock, therewas a post 15 days ago on Reddit, and an ensuing viral explosion that started with:

“I’m a straight 24 year old male who is engaged to a wealthy 51 year old man. I’m in it for the money (and he knows that). I have no interest in a relationship with a woman, so I figure why not.” First, there is no clear identifying information as to who these men are.  The only thing we know is the young man’s nickname.  The story originally broke on Reddit, as the young man told the world about his new lifestyle. Now it has hit websites on LGBT news all over the globe.  I read this and the guy’s following freely speaking question and answer session.  I first thought “Bullshit.”  This guy is making up a story to get viral attention he doesn’t otherwise get in his lonely world.

Let’s really pick this puppy apart.  He says he is straight but not “interested in a relationship” with a woman.   We read on further that he states “Usually I bottom but sometimes he wants me to fuck him.”  How many straight men- truly straight men do any of us know that would be on the bottom?  Glaring BS number one.  He also says that he sometimes will have one night stands with women in their place or a hotel “or something.”  His daddy has no issue with this, as he reports it, “as long as I don’t bring them home.” Well, I guess that qualifies as “no interest in a relationship with a woman.”  One night stands are hardly relationships. One point to the self-determined “straight guy.” He says that he is all in it for the money, and that his shug has “somewhere in the neighborhood of 11-12 million.”  He is asked what he has received from this uber rich man, and replies “The most expensive things are a new computer and a new TV, and a sweet massagey recliner.” OK. You are the uber rich dude trying to seal the deal with a straight boy to commit to you (in many ways) and your gifts to him sum up to less than 5K?  Gifts that already exist in his probable mansion that you live in? No Ferrari?  No yacht?  Not even a Rolex???? I have nothing but doubt in the truth of this get rich quick story. Glaring BS number 2.  If our straight friend is only in it for the money, wouldn’t he want more?? And, he never answered the question “do you kiss?”  SUPER Glaring BS by omission, #3. This guy chose to tell his story on Reddit. Points for posts. Already tanked up 833 points, and 90% upvotes. For you Reddit readers out there.  Glaring BS #4. Attention, attention, attention. He says, “I wouldn’t say it’s similar to having sex with a woman, but it’s not really that big of a deal. I can get off during it so that’s alright.”Not that big of a deal.  Please. #5.

My critical eye tells me this is all BS.  A guy with nothing better to do hits Reddit with a story.  When he is ready to have a LIVE interview with his Sugar Daddy and ME, then we can talk about his ethics, daddy’s needs, and what will happen when our boy decides he does want a relationship with women, or he admits that he likes being a bottom, and this whole ploy is his first step-to-coming-out story.  Whether or not our Sugar Daddy is happy in the process, is worth asking, but we have all seen people do crazier things for money, and seen rich people sacrifice everything for love.  LOVE?  Now that would be an interesting question for them both.  BS # lost count.