Home Gay Life Student Asks Court To Change Her ‘F’ Grade To An ‘A’ After... 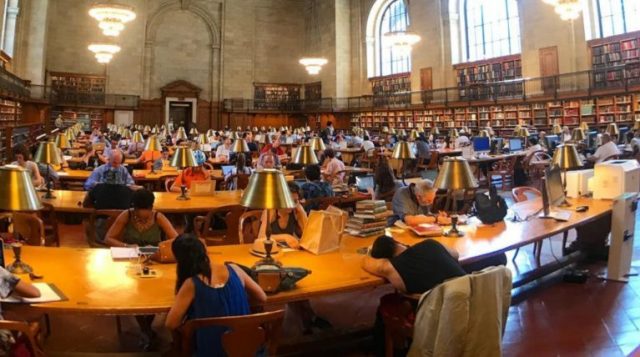 Donna Kikkert, a 59-year old student at the University of Wisconsin-Stevens Point, is attempting to sue her creative writing professor for giving her a failing grade in Dyjak’s poetry class, USA Today reports.

Kikkert, who is completing a Bachelor’s degree at the University of Wisconsin-Stevens Point, claims that she received an F in the course for criticizing Professor Patricia Dyjak’s choice of including lesbian poetry in her literature selection instead of focusing on classic authors such as Edgar Allan Poe or Robert Frost.

“She has swung the pendulum far to the side of LGBT students and, in doing so, has chosen to totally discount the importance and the validity of the mainstream student population,” Kikkert said about Professor Dyjak.

It seems that Kikkert is simply disgruntled by her professor’s efforts to ensure that LGBTQ students feel included in her classroom, by means of choosing LGBTQ poetry along with more “mainstream” choices. All students are valid, not just students like Kikkert, who must understand the importance of diversity.

Kikkert does not appear to have much legal standing and will not take this suing very far, according to Assistant Attorney General Katherine Spitz, who is seeking to have this case be tossed.

According to court records, Spitz said the following: “Kikkert’s complaint fails because it does not provide any legal authority or other basis (and the defendant’s counsel is aware of none) upon which this court could require Dyjak to teach the work of certain poets in a college course … or to provide any particular student with the grade that student believes she deserves, rather than the one she earned.”

It is unlikely, then, that Kikkert’s would-be legal battle with her inclusive professor will go far at all.