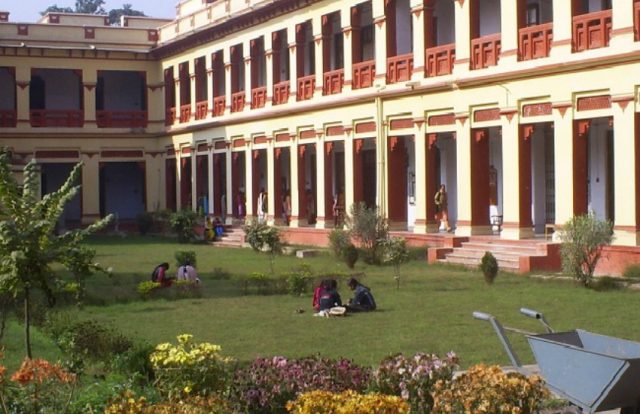 The university called her parents to help treat her ‘disease’

A university student in India was asked to move out of student housing for showing homosexual ‘tendencies’.

Hostel management said the honours student was thrown out because she was harassing her fellow boarders. But an unnamed professor who sits on the universities disciplinary committee told The Indian Express there was more to the story.

The professor claimed the student was ‘showing tendencies of being homosexual’ and had to be evicted to ‘maintain peace and discipline’.

But the hostel’s coordinator said about 16 of her fellow boarders had allegedly complained about the student.

‘Around 16 boarders had given me in writing that the student was harassing them and scaring them with her activities and indiscipline,’ Neelam Atri said.

‘The student was also threatening fellow boarders with suicide if they did not yield to her demands.’

But Atri denied the student was evicted because of alleged sexuality.

‘There is nothing like this… students alleging this want to bring the university a bad name. This is an internal matter,’ she said.

‘The student used to threaten to harm herself if her fellow boarders did not help her out with her homework or other such things… She is not well. She has been depressed and had tried to harm herself.

‘So, we asked her family to show her to a good doctor… We told them that if she recuperates, she can return to the hostel.’

Another professor said the hostel could not directly ‘pin-point’ the student’s sexuality.

‘The tendencies she was showing were at a nascent stage. We cannot really pin-point if it is really homosexuality,’ they said.

‘But we had to suspend her to maintain peace and discipline in the hostel. Students submitted written complaints to us saying that her behaviour was making them uncomfortable.’

The student believed she may have been discriminated against because her English language skills were not strong.

She returned to her home village for a while, but said when she returned back to school she was the victim of gossip.

‘Girls in my class laughed at me and even the day-scholars [students who do not stay on the campus] knew about the case,’ she told Scroll.in.

‘If there is further trouble, my father will stop my education altogether.’

One of the student’s classmates defended her and said the the school authorities were being homophobic. She argued their blind prejudice has cost the girl’s future.

‘The girl is a victim of classroom gossip, where her unusual behaviour towards the fellow hostellers caused prejudice against her,’ she wrote in Gaylaxy.

‘From what I witnessed, the girl had an aggressive nature. She used to talk in a masculine and confronting voice and would get physically close to girls in a rather intimidating manner.

‘These acts were taken as intentional and labelled as homosexual tendencies. What was more shocking was, that apart from the professors of the University, the girls of her own age group became discriminatory towards her because they ‘thought’ that her sexual orientation was different than theirs.

‘It is a case of females with homophobic and sickening mentality ganging up against a girl who they thought was different than them. No one gave her a chance to explain her motives and intentions behind those acts.’