Jasper and Ronnie Vernes-Sewratan were brutalized last Sunday, reportedly because they were holding hands in public.

Thousands of Dutch men walked hand-in-hand this week, after Jasper Vernes-Sewratan and Ronnie Sewratan-Vernes were attacked by five youths for holding hands in Arnhem last Sunday.

But now one of the suspects claims their sexual orientation is “irrelevant” to the case: The unnamed youth maintains he was provoked—that one of the couple threw the first punch. He also denied using a bolt-cutter in the attack, as was widely reported. 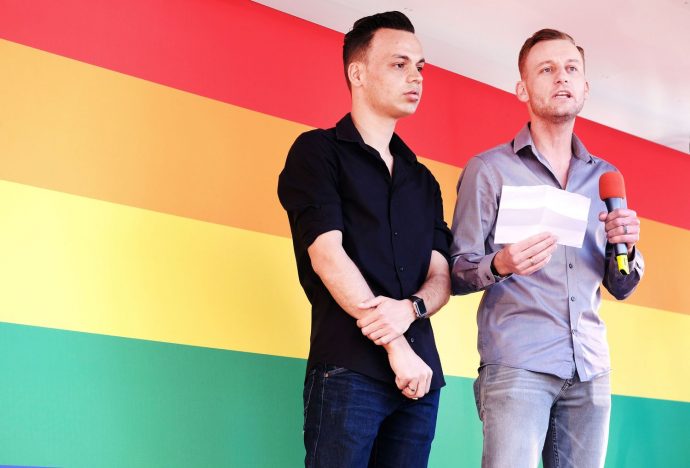 Vernes-Sewratan and Sewratan-Vernes refute his side of the story: “We are not fighters and we can not find ourselves in that story,” they said in a statement. “We really don’t want to go into it too much. We stand behind our story and want to stay calm now. Things aren’t going too well and we are a little overwhelmed. We now want to focus on recovery.”

One of the pair suffered a bloody lip and lost several teeth in the assault.

The five suspects, all males in their teens, were released from custody yesterday, sparking further outcry. The magistrate let them go, reportedly, “because he saw no risk of recurrence” while the investigation progressed.