“If they try to take it down again we’ll put another one up.”

A Texas couple’s rainbow flag was ripped down and set on fire early Thursday morning. Markus Maguire and his husband, Wilson Nash, found the still smoldering flag stuffed in their mailbox with neighbor’s mail used as kindling.

A neighbor’s security cameras captured video of a van pulling up to the house, someone pulling the flag down and the van leaving. The vehicle returned a few minutes later so someone could set the fire. (Damage to the flag was minor, though, because the perpetrator actually shut the mailbox door after starting the fire.)

“It was actually a target at us,” Maguire told KXAS NBC 5. “It was absolute hate, and they meant to do it.” 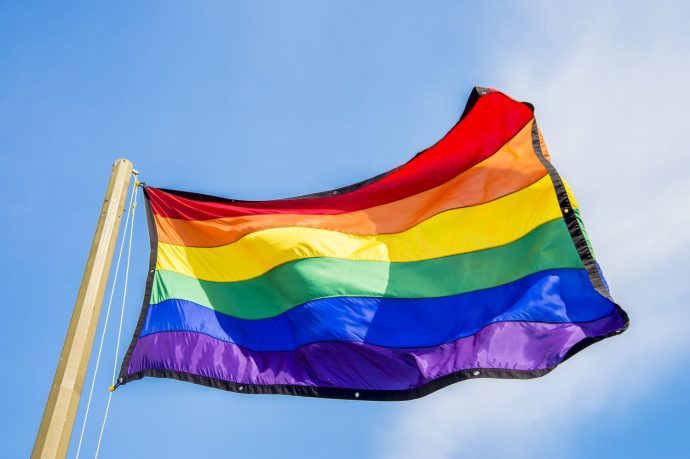 Maguire and Nash live in Carrollton, a town about 18 miles from Dallas and the home of Drag Race star Laganja Estranja. Maguire says they’ve had tremendous support from their neighbors, who have helped look for evidence and flying the rainbow flag outside their own home. “We feel the love,” he added.

The men are definitely shaken but not deterred: Right after filing a police report, they purchased another Pride flag. “We found out at about 8 o’clock, and by 12 had a new one up,” Maguire shared. “And if they try to take it down again we’ll put another one up.”

Police are investigating the incident as a possible hate crime. In addition, destroying mail is a federal crime punishable by up to three years in prison and a $250,000 fine.